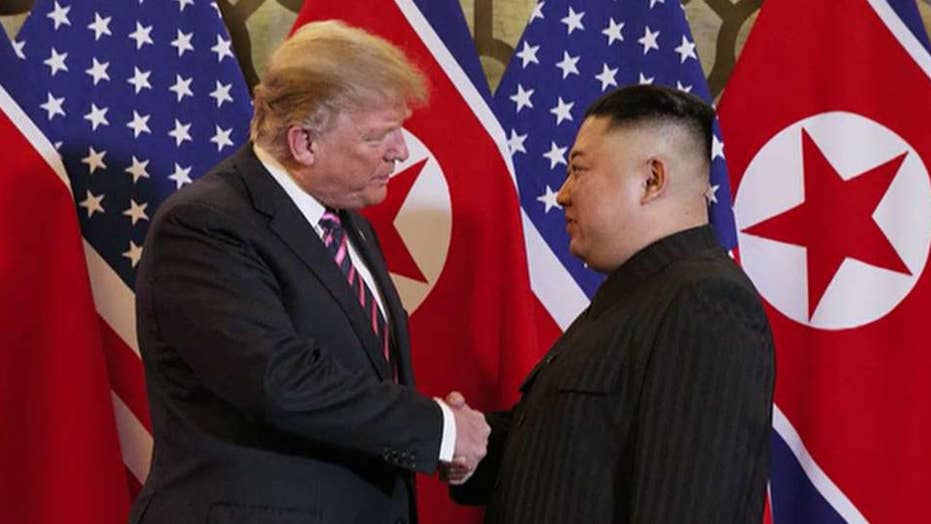 Will President Trump’s positive relationship with Kim Jong Un be enough to make progress on denuclearization?

Retired four-star General Jack Keane believes denuclearization between President Trump and Kim Jong Un have stalled but urges cynics to consider the progress that has been made.

“Framing these talks, I think, certainly is the fact that we are stalemated. There’s been no progress on the core issue of denuclearization,” Keane said appearing on “America’s Newsroom.”

“Despite that, the truth is their personal relationship has improved quite a bit and I think that is is a good thing in terms of going forward.”

Keane, a Fox News military analyst, pointed to former President Ronald Reagan and former Soviet leader Mikhail Gorbachev’s meetings as an example of what could be accomplished.

“Going into these talks I do think the administration has made a major adjustment.  Not changing the objective of denuclearization but in terms of the process as you indicated,” Kean told co-host Bill Hemmer.

“They realize they got to take some time and it’s got to be step-by-step.”

President’s Trump’s pitch to the North Korean leader is the host country’s thriving economy and how a similar approach could benefit his.

"I think your country has tremendous economic potential. Unbelievable,” Trump told Kim during their dinner Tuesday in Hanoi, praising him as a “great leader.”

“First of all we don’t know for sure,” Keane said. “Likely he would like to do likely he would want to remain a nuclear power while doing it.

“Is he willing to trade his nuclear weapon arsenal and ballistic missiles arsenal for economic prosperity? I don’t think so. Because the reason why they have those weapon systems and those missiles is the preservation of the regime.”