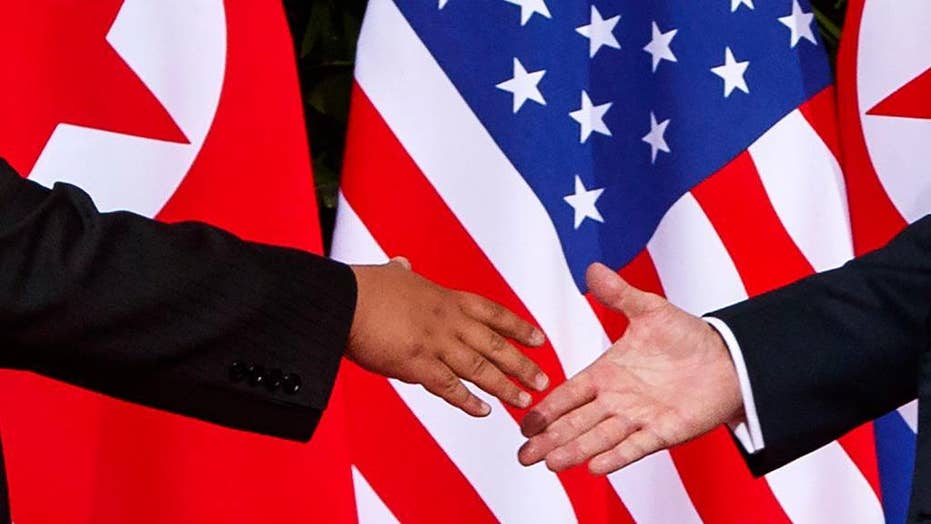 As President Trump and North Korean leader Kim Jong Un square off in their high-stakes negotiations in Hanoi this week, Kim has an important advantage: an enormous amount of information is publicly available about Trump and his positions on key issues.

The U.S. president draws intense media coverage, tweets frequently and speaks often to reporters. And – as happens during the administration of every American president – our free press reports on many developments that the U.S. government would no doubt prefer to keep quiet.

Simply reading and watching U.S. media reports gives the North Koreans great insights into our president and U.S. policies. Knowing so much puts Kim in a strong negotiating position.

Fortunately, the president of the United States has an extraordinary source of information available that can tell him a great deal about Kim. The CIA’s Directorate of Analysis produces carefully developed assessments of key foreign policy developments and foreign leaders.

Having this information produced by the CIA – my former employer – enables President Trump to gain crucial insights into the thinking of Kim and have a greater understanding of what is going on in the North than what is provided by the news media.

On any given day, CIA analysts could be examining such diverse issues as the disposition of Russian military forces, terrorists in South Asia, Iran’s material support for proxy militants in the Middle East, violence in Venezuela, and the impact of tariffs on the Chinese economy.

The North Korean dictator has carried out ruthless internal purges of his government’s inner circle as well as executions of his own family members – including his half-brother Kim Jong Nam in Malaysia in 2017.

What might CIA leadership analysts be writing about Kim Jong Un?

The North Korean dictator has carried out ruthless internal purges of his government’s inner circle as well as executions of his own family members – including his half-brother Kim Jong Nam in Malaysia in 2017.

At the same time, Kim Jong Un is a savvy operator who has demonstrated a high level of interpersonal skills when engaging with foreign leaders including President Trump, Chinese President Xi Jinping and South Korean President Moon Jae-in.

Kim appears to be a rational actor who likely scripted these announcements to push his nuclear program to an advanced stage – even at the risk of incurring economic sanctions on his country – before swiveling to a policy of rapprochement designed to bring some sanctions relief.

Kim has proven that he is a shrewd tactician capable of skillfully moving his pieces on the chessboard.

At the height of international tensions following repeated nuclear and ballistic missile tests in 2017, Kim used the 2018 Winter Olympics in South Korea as an opening gambit towards détente with South Korea and the U.S.

During the closing ceremonies for the Olympics, Kim’s trusted former Chief of Intelligence Kim Yong Chol indicated North Korea’s willingness to engage with the U.S.

Like his grandfather Kim Il Sung, who ruled before him, Kim Jong Un also has a predilection for grand and ambitious policy initiatives.

CIA leadership analysts undoubtedly have scoured all sources for information on Kim’s early life and health, with an eye towards rounding out his psychological profile.

As a child, Kim attended school in Switzerland. A shy student, he was known for being a basketball fan. Some reports have said that Kim, a heavy cigarette smoker who is significantly overweight, is a diabetic.

How might a leadership profile inform a denuclearization negotiations strategy to deal with Kim?

CIA leadership analysts undoubtedly have sought to determine with a low, medium or high level of confidence whether Kim might use his intercontinental ballistic missiles and nuclear weapons arsenal as bargaining chips in return for food, energy assistance, and integration in the regional and world economy.

His Singapore agreement to denuclearize notwithstanding, Kim might be more interested in enhancing his stature from a second summit with President Trump, gaining some modest relief from sanctions and winning international acceptance of North Korea’s status as a nuclear state.

President Trump is using the Vietnam summit to test whether Kim is ready to take serious steps toward denuclearization. These steps might include arms control agreements freezing North Korea’s nuclear and missile arsenals, as well as arms inspectors visiting weapons sites.

Kim’s motivations to negotiate might include his recognition that this is his last best chance to transform North Korea, an outlier in an economically vibrant region with a turbo-boosted economy.

The North Korean leader will certainly seek assurances that his regime’s security is not threatened before he takes serious steps to get rid of any of his nuclear weapons. Viewing the U.S. as an existential threat to North Korea, Kim is well aware of the lessons from Libyan dictator Muammar Qaddafi’s 2011 overthrow, after Qaddafi had surrendered his nuclear weapons capability.

Kim would like to see a negotiated end to the Korean War – which ended with an armistice in 1953 – because it would represent a grand diplomatic achievement and one his father and grandfather never accomplished.

The North Korean leader could view a peace treaty as recognition of his regime’s existence, giving him the confidence to take basic arms control steps like freezing nuclear tests and admitting inspectors into nuclear facilities he has claimed to have destroyed.

President Trump has tamped down expectations for the Hanoi Summit by saying he is in no rush to achieve full North Korean denuclearization as long there is no further testing of nuclear weapons.

We can be sure President Trump and his team are probing Kim to determine whether denuclearization is in the realm of the possible. CIA leadership analysts will be eagerly awaiting the president’s assessment of Kim’s reactions.

While no amount of information the CIA has provided about Kim can guarantee President Trump will succeed in his negotiations, the CIA leadership analysts' assessment undoubtedly is playing a key role in informing President Trump's strategy during these critically important talks.