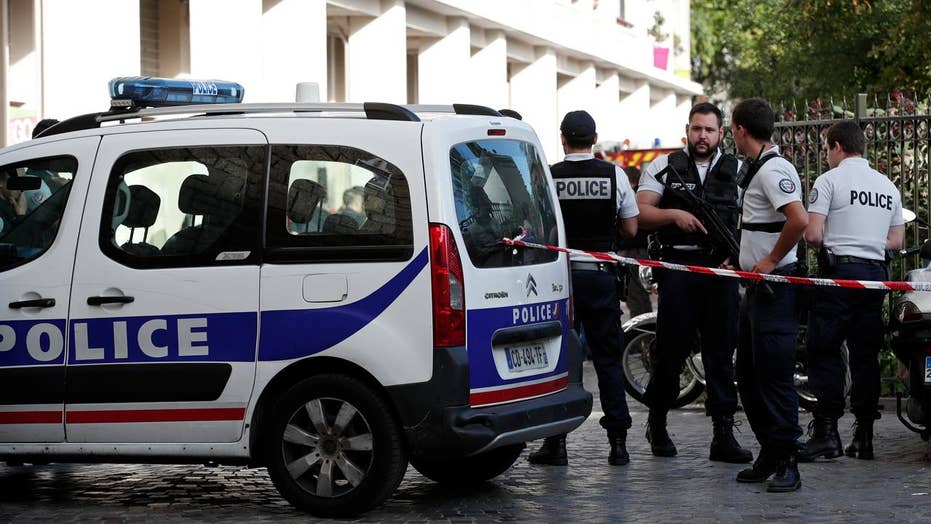 6 soldiers injured after driver plows into group outside of barracks; Benjamin Hall reports from London

A knife-wielding assailant who attacked a soldier at a major subway location in Paris early Friday was quickly arrested, police said. No injuries were reported.

The soldier was a member of Operation Sentinel, a task force assigned to protect prominent sites in the region following a recent surge in Islamic extremist attacks. He wrestled the suspect to the ground, the Reuters report said.

The incident took place in central Paris at the Chatelet station, a major hub for subway and commuter train lines. Service has since resumed.

Friday's attack came one day after the government announced changes to the task force, which has been targeted in the past. It will shift greater focus toward temporary and seasonal events, but patrols around major tourist sites, places of worship, train stations and airports will still remain.

In response to bombing raids by the French in Syria and Iraq targeting the Islamic State, France has become a target encouraged by the militant group.

On Aug. 9 six soldiers in Levallois, outside Paris, were hurt when a driver deliberately rammed into them, authorities said.