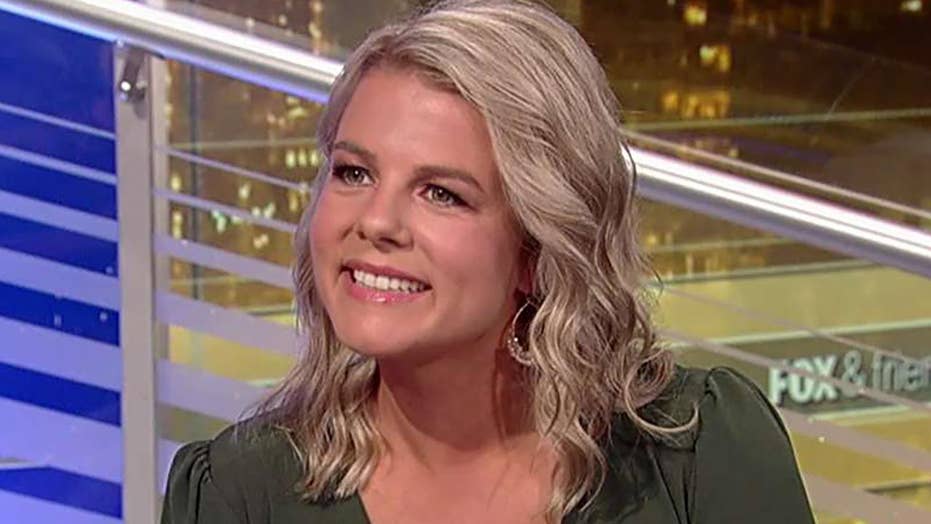 How to save money on Black Friday?

Consumer and money-saving expert Andrea Woroch shares the dos and don’ts to help you save big on holiday shopping.

French environmentalists fed up with “harmful capitalism” and the “traffic jams, pollution, and gas emissions” that Black Friday generates – which they say is contributing to climate change – are calling for the public to “Block Friday” this year.

A series of demonstrations opposing the annual post-Thanksgiving shopping frenzy are scheduled in France for Friday and Saturday as lawmakers there advanced an amendment that would ban the discounts – arguing that they cause “resource waste” and “overconsumption.”

"We cannot both reduce greenhouse gas emissions and call for a consumer frenzy,” France Ecological Transition Minister Elizabeth Borne, a backer of the measure, was heard telling the BFM Business television show, according to The Local. “Above all, we must consume better."

Protesters block the Italie Deux shopping mall in Paris during a demonstration called by the Extinction Rebellion activist group on Oct. 5. (Getty Images/AFP)

During an interview on Europe 1 radio Thursday, she also criticized the commercial event for creating “traffic jams, pollution and gas emissions.”

The amendment prohibiting Black Friday, which was passed by a legislative committee Monday, has been condemned by the country’s e-commerce union, the Associated Press reports. It was put forward by France’s former environment minister, Delphine Batho, and will be debated in the National Assembly next month.

In France, shoppers are anticipated to spend around $6.5 billion this year between Black Friday and Dec. 1, the Local reported, citing a study from the coupon company RetailMeNot.

A man walks past a sign advertising Black Friday sales on a retail shop window in Paris, France, in 2017. (Reuters/Getty Images)

But climate activists from the Extinction Rebellion group – who have made international headlines for snarling traffic in cities such as London -- plan to get in their way.

“Friday, November 29th, it's Block Friday: a day when Extinction Rebellion joins the youth call for the climate,” its French chapter announced in a Facebook post. “Together, we stand to occupy in a festive way or block ‘Temples’ of consumption in more than 20 cities in France.”

The post also called Black Friday “a symbol of the most harmful capitalism” and warned that “consumerism will end up / destroy everything if we don't act before.”

“One word of order: prevent them from making profit on what does not belong to them: the living,” it concluded.

Earlier this month, more than 200 French brands announced their intentions to boycott Black Friday in a bid to foster more “reasonable consumption” amongst the country’s shoppers, The Local reported.

"During the Black Friday period, some brands are selling their collections at completely ridiculous prices,” Nicolas Rohr, whose shoe and clothing company Faguo plants a tree for each item sold, told the website.

“From the consumer's point of view, this may be an opportunity to get a good deal but Black Friday makes jobs precarious by not paying manufacturers, brands and stores the right amount,” he added. “It also contributes to climate change by encouraging overproduction.”