Three people were killed in a knife attack at a church in Nice, France. Benjamin Hall reports from London.

French President Emmanuel Macron bolstered security in schools and religious sites Thursday after three churchgoers were killed, including one woman reportedly decapitated, in a knife attack in the southern city of Nice, saying that “France is under attack.”

Macron’s announcement to increase deployments from around 3,000 currently to 7,000 soldiers to schools and religious sites around the country came hours after the attack that left two women and a man dead and several others wounded at the Notre Dame basilica.

The killings put France on its highest level of alert and come at a time of extreme tension over the republication of caricatures of the Prophet Mohammad by the satirical newspaper Charlie Hebdo.

“It’s very clear that it is France that is under attack,” Macron said during an address in Nice, adding that “France will not give up on our values" in what he described as an "Islamist terrorist attack.”

"If we are attacked once again it is for the values which are ours: the freedom, for this possibility on our soil to believe freely and not to give in to any spirit of terror," Macron continued. "I say it with great clarity once again today: we won't surrender anything.”

President Trump also condemned what he described as a radical Islamic terrorist attack in France.

He tweeted: “Our hearts are with the people of France. America stands with our oldest Ally in this fight. These Radical Islamic terrorist attacks must stop immediately. No country, France or otherwise can long put up with it!”

The suspect, believed to be acting alone, was injured during his arrest and was taken to a local area hospital, police said.

An investigation was opened into an attack by the French anti-terrorism prosecutor’s office. Images on French media showed the neighborhood locked down and surrounded by police and emergency vehicles.

Prime Minister Jean Castex said the country's threat level will be raised to its maximum after the attack. He also told the French National Assembly that the government's response to the attack would be firm and implacable.

Mayor Christian Estrosi suggested that the Thursday morning attack seemed to be terror-related, although a motive is unclear at this time. Estrosi said the attacker shouted “Allahu akbar!” -- or "God is most great" in Arabic -- repeatedly as police apprehended him and that “the meaning of his gesture left no doubt."

“Enough is enough,” Estrosi told local reporters, according to Reuters. “It’s time now for France to exonerate itself from the laws of peace in order to definitively wipe out Islamo-fascism from our territory.”

He added that two people were killed inside the city's Notre Dame basilica and a third person who escaped to a nearby bar later died.

French policemen stand next to Notre Dame church after a knife attack, in Nice, France, Thursday, Oct. 29, 2020. French anti-terrorism prosecutors are investigating a knife attack at a church in the Mediterranean city of Nice that killed three people and injured several others. (AP Photo/Alexis Gilli)

Thursday’s incident marked the third attack in France in less than two months since a terrorism trial opened in September related to the January 2015 killings at the satirical newspaper Charlie Hebdo and a kosher supermarket.

The attack at the Catholic church also happened less than a half a mile from the site in 2016 where another attacker plowed a truck into a Bastille Day crowd, killing dozens.

European Commission President Ursula von der Leyen was quick to condemn the “heinous” attack in France and pledged solidarity in Europe “in the face of barbarism and fanaticism.”

“I condemn the odious and brutal attack which has just taken place in Nice and am wholeheartedly with France. My thoughts are with the victims of this heinous act,” she said in a statement. “The whole of Europe stands in solidarity with France. We remain united and determined in the face of barbarism and fanaticism.”

Tensions have been at an all-time high in France, just weeks after a local middle school teacher, Samuel Paty, was beheaded by a man of Chechen origin near Paris.

The 18-year-old suspect, who was killed after he didn't respond to requests to drop his weapon, had said he wanted to punish Paty for showing pupils cartoons of the Prophet Mohammad in a civics lesson on free speech, Reuters reported.

Those caricatures were published by Charlie Hebdo and cited by the men who gunned down the newspaper's editorial meeting in 2015.

In September, a man who had sought asylum in France attacked bystanders outside Charlie Hebdo's former offices with a butcher knife.

The lower house of parliament suspended a debate on France's new virus restrictions and held a moment of silence Thursday for the victims. France is set to begin a four-week lockdown on Friday amid a second surge of coronavirus infections.

In a separate incident 154 miles away from Nice, French police on Thursday shot a man dead in Montfavet, near the city of Avignon in the south of France, for allegedly threatening a passerby with a handgun, Reuters reported, citing local media reports. According to French radio station Europe 1, the man had yelled, “Allahu Akbar."

A Saudi man was also arrested Thursday in the city of Jiddah for allegedly using a “sharp tool” to stab and slightly wound a guard at the French consulate, Reuters reported, citing Saudi state TV. France alerted its citizens to be on "high alert."

Images of the prophet have been widely displayed in marches and protests since Paty’s slaying, as French officials and citizens alike reassert their freedom of expression. France has also since expelled 231 foreigners for suspected Islamic extremist beliefs, prompting Turkish President Recep Tayyip Erdogan and others in the Muslim world to accuse Macron of promoting an “anti-Islam agenda”

An estimated six million Muslims live in France, the largest population in Western Europe, which has created increasing challenges in the republic formed on strict secular principles known as “laïcité.” In the eulogy at Paty’s funeral, Macron defended France’s secularism and vowed that the country would not give up its liberties or its cartoons.

"We will continue, professor. We will defend the freedom that you taught so well and we will promote secularism, we will not renounce caricatures, drawings, even if others retreat," Macron said earlier this month. "We will continue the fight for freedom and the freedom of which you are now the face."

Wednesday’s edition of Charlie Hebdo also sparked furor for including a caricature of Erdogan in his underwear lifting up a Muslim woman’s skirt. The Turkish president called the satirical image a “grave insult to my prophet” and renewed calls for a boycott of French goods in the Middle East. 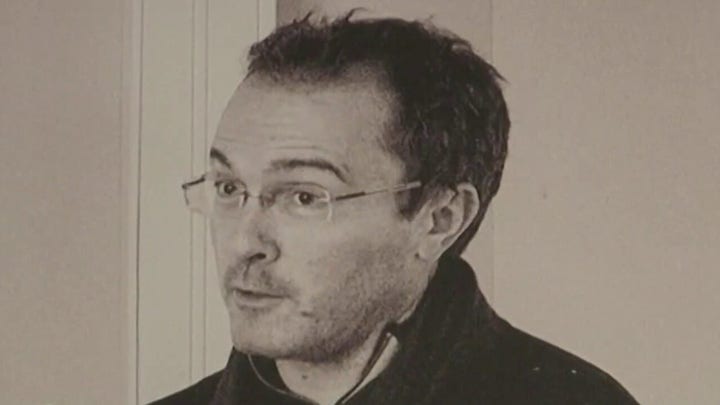 The diplomatic dispute with Erdogan also comes as tensions between NATO allies France and Turkey have intensified in recent months over issues that include the fighting in Syria, Libya and Nagorno-Karabakh, a region within Azerbaijan that is controlled by ethnic Armenian separatists. Macron has accused Turkey of flouting its commitments by ramping up its military presence in Libya and bringing in jihadi fighters from Syria.

Dozens of Pakistani students rallied in the capital, Islamabad, Thursday to denounce the French president’s support of secular laws that protect caricatures of the Prophet Muhammad as freedom of expression. The protesters held banners and chanted slogans against Macron, saying Muslims are ready to die to protect the honor of Islam’s prophet. Authorities deployed police to prevent demonstrators from marching toward the French Embassy and the protesters eventually dispersed peacefully.