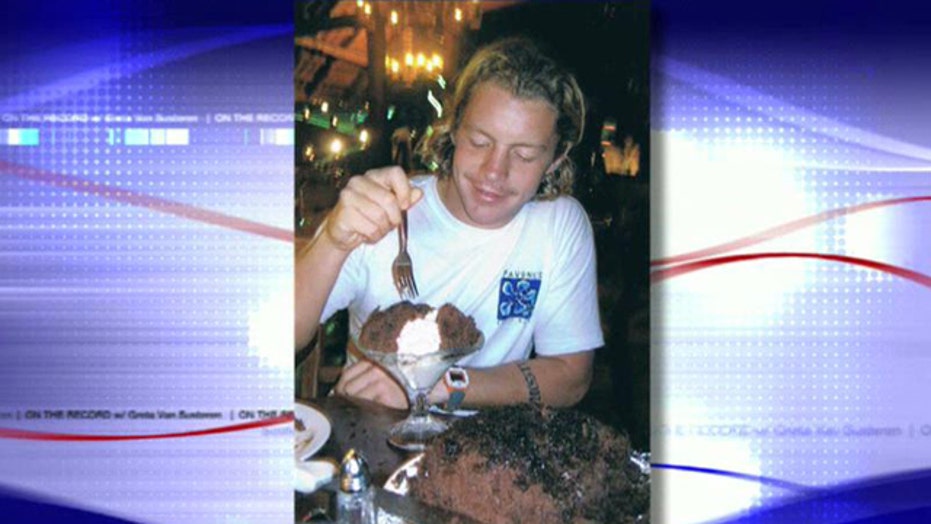 Best Christmas present ever for freed Marine and family

The ordeal for Jon Hammar Jr., who languished under deplorable conditions in a violent Mexican prison for four months, is finally over.

Jon Hammar Sr. has confirmed that his 27-year-old son, a Marine combat veteran, is back on U.S. soil and with him in a rented car in Brownsville, Texas.

Hammar Sr. said his son was released from the notorious CEDES prison at 8 p.m. local time and made it back across the bridge between Matamoros, Mexico and Brownsville, Texas by around 8:30 p.m.

The ex-Marine, who was arrested at the same border crossing Aug. 13 after attempting to declare an antique shotgun, was suffering from a stomach virus, his father told Fox News as he and his son drove from the border looking for a hotel to spend the night.

State Department spokesman Patrick Ventrell said in a statement that Jon Hammar Jr. was met at the prison by officials from the U.S. Consulate General in Matamoros and escorted to the U.S. border.

"We sincerely appreciate the efforts on the part of Mexican authorities to ensure that an appropriate resolution was made in accordance with Mexican law, and that Mr. Hammar will be free to spend the holidays with his loved ones," Ventrell said.

Hammar Sr. said because it was dark he could not get a good look at his son to see how the ordeal affected him physically.

He did express concern for the post-traumatic stress disorder his son has been battling since 2008.

Hammar Sr. said he and his wife heard from their son's attorney, Eddie Varon-Levy, Thursday night that their son was going to be released from prison today.

He quickly caught a flight and spent the day anxiously waiting for his son's repatriation.

"It took them all freaking day to process him out," Hammar Sr. said.

Now begins the rebuilding process for Jon Hammar Jr., who will make the 22 hour drive with his father back to their Palmetto Bay, Fla. home, to be reunited with his mother Olivia, and to spend  Christmas at home.