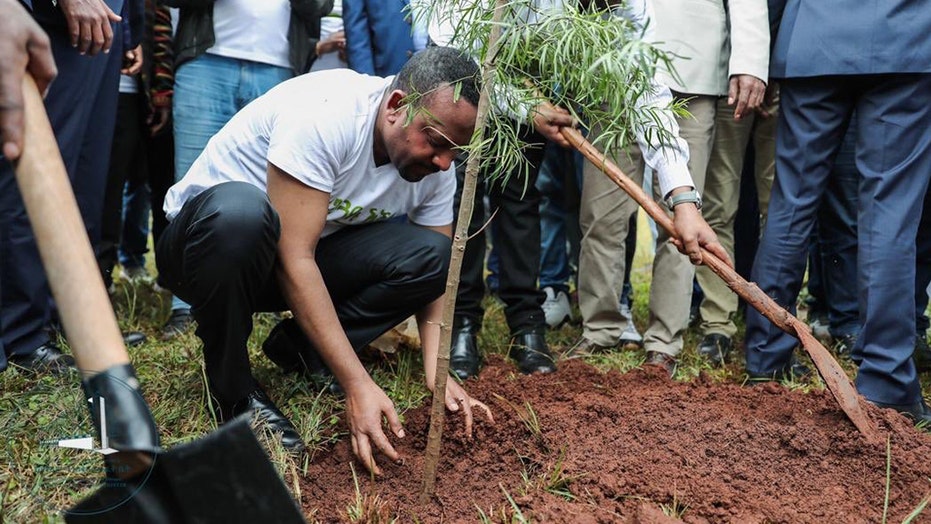 Ethiopia planted more than 350 million trees in 12 hours on Monday in what officials believe is a world-record-setting effort to combat climate change and rapid deforestation.

Prime Minister Abiy Ahmed set in motion the ambitious “Green Legacy” campaign to plant 4 billion trees between May and October to restore the country’s landscape.

"Today Ethiopia is set in our attempt to break the world record together for a green legacy," the prime minister's office tweeted on Monday morning. Half a day later, the office tweeted again, congratulating the country for exceeding its initial goal of planting 200 million trees in a day.

The nation planted a total of 353,633,660 tree saplings in 12 hours, the country’s minister for innovation and technology, Getahun Mekuria, wrote in a tweet.

More than 2.6 billion trees have so far been planted in almost all parts of the East African nation, according to agriculture officials.

The country’s forested land has declined from around 30% at the end of the 19th century to less than 4% today, according to Farm Africa, an organization involved in forest management in Ethiopia.

Ethiopia's rapidly growing population and the need for more farmlands, unsustainable forest use and climate change are often cited as the causes for rapid deforestation.

Ethiopia is located in what is called the Horn of Africa. It has a population of over 108 million people, making it the most populous landlocked country in the world, according to U.S. government records from July 2018.