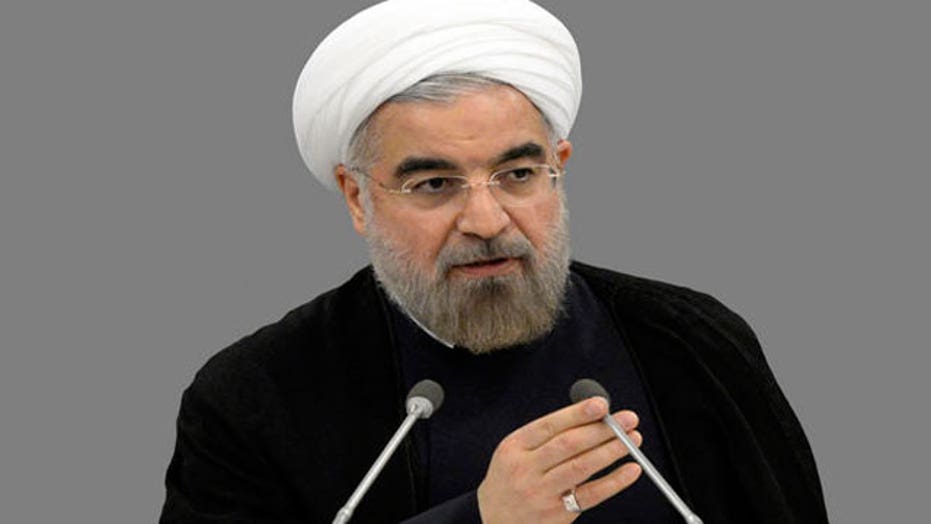 Does Iran have the upper hand on reducing its sanctions?

Dr. Jon Schanzer and Chris Griffin weigh in on Tehran's strategy with the West

Iranian lawmakers Friday threatened retribution if the U.S. imposes a new round of sanctions on Tehran aimed at curbing the country’s nuclear program.

The White House has maintained the U.S. will not to do so, regardless of pressure from Congress.

“The deal that is on the table right now … so far the Iranians haven’t even agreed to begin the six month timeline,  let alone what the deal means,” said Chris Griffin, executive director at the Foreign Policy Initiative.

Dr. Jon Schanzer, vice president for research at the Foundation for Defense of Democracies believes wealth is the main force behind any potential deal.

“Now that we [the West] look like we’re about to start removing some of these sanctions, greed is starting to play a factor,” said Schanzer. “This can also contribute greatly to the Iranian economy.”

In an interview with Fox News National Security Analyst KT McFarland, Griffin and Schanzer pointed to major players in the Middle East, who are closely watching the events in Iran.

“The others countries in the region have not accepted Iran’s assertion of priorities,” said Griffin. “The idea that the United States can sit and watch the situation simmer indefinitely is not a reasonable one.”

Critics have pointed out that a nuclear Iran is a better option than another war in the Middle East.

But Schanzer, author of “State of Failure,” warns that uncertainty in the area can lead to an arms race.

“What you’re going to see is a nuclear cascade … where other countries around the region develop their own nuclear program that makes the Middle East unbalanced … and a lot more of a dangerous place,” said Schanzer.

Griffin argues allowing Iran to keep a partial enrichment program sends the wrong message to U.S. allies, calling it, “a very dangerous model that could be emulated broadly.”