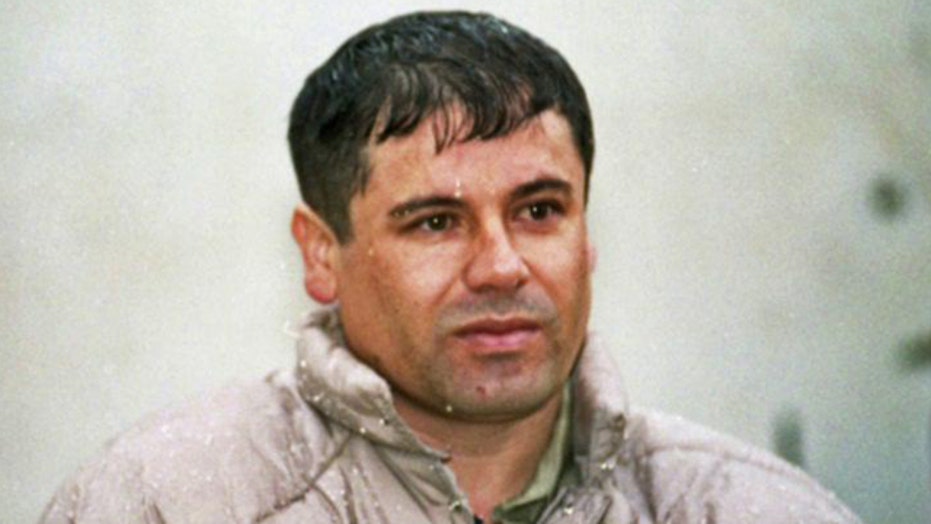 CULIACAN, Mexico – After fruitlessly pursuing one of the world's top drug lords for years, authorities finally drew close to Joaquin "El Chapo" Guzman using a cellphone found at a house where drugs were stored.

The phone belonging to a Guzman aide was recovered with clues from a U.S. wiretap and provided a key break in the long chase to find Guzman, officials told The Associated Press on Sunday.

Another big leap forward came after police analyzed information from a different wiretap that pointed them to a beachfront condo where the legendary leader of the Sinaloa cartel was hiding, according to a U.S. government official and a senior federal law enforcement official.

When he was at last taken into custody with his beauty-queen wife, Guzman had a military-style assault rifle in the room, but he didn't go for it.

A day after the arrest, it was not yet clear what would happen next to Guzman, except that he would be the focus of a lengthy and complicated legal process to decide which country gets to try him first.

The cellphone was found Feb. 16 at a Culiacan house Guzman had been using. By early the next day, the Mexican military had captured one of Guzman's top couriers, who promptly provided details of the stash houses Guzman and his associates had been using, the officials said.

At each house, the Mexican military found the same thing: steel reinforced doors and an escape hatch below the bathtubs. Each hatch led to a series of interconnected tunnels in the city's drainage system.

The officials, who spoke on the condition of anonymity because they were not authorized to publicly discuss details of how Guzman was located, said troops who raided Guzman's main house in Culiacan chased him through the drainage pipes before losing him in the maze under the city.

A day later, on Feb. 18, Guzman aide Manuel Lopez Ozorio was arrested and told investigators that he had picked up Guzman, cartel communications chief Carlos Manuel Ramirez and a woman from a drainage pipe and helped them flee to Mazatlan.

When he was finally in handcuffs, the man who eluded Mexican authorities for more than a decade looked pudgy, bowed and middle-aged in a white button-down shirt and beltless black jeans.

Now 56, he had successfully eluded authorities since escaping from prison in 2001 in a laundry truck.

In Mexico, he is likely to face a host of charges related to his role as the head of the cartel, which is believed to sell cocaine, marijuana, heroin and methamphetamine in some 54 countries.

Grand juries in at least seven U.S. federal district courts, including Chicago, San Diego, New York and Texas, have already issued indictments for Guzman on a variety of charges.

Federal officials in Chicago were among the first to say they wanted to try Guzman, followed by prosecutors in Brooklyn, N.Y.

In an email Sunday, Assistant U.S. Attorney Steven Tiscione in Brooklyn said it would be up to Washington to make the final call.

A Justice Department official, speaking on condition of anonymity because it's a matter of sensitive diplomatic discussions, said no decisions regarding extradition have been made.

During his 13 years on the run, Guzman was rumored to live everywhere from Argentina to Mexico's "Golden Triangle," a mountainous, marijuana-growing region straddling the northern states of Sinaloa, Durango and Chihuahua.

Under his leadership, the cartel grew deadlier and more powerful, taking over much of the lucrative trafficking routes along the U.S. border. Guzman watched from western Mexico's rugged mountains as authorities captured or killed the leaders of every rival group challenging Sinaloa's perch at the top of global drug trafficking.

The stocky son of a peasant farmer even achieved a slot on the Forbes' billionaires' list and earned a folkloric status as being too powerful to catch.

The son of one of his two top partners, Ismael "Mayo" Zambada, was arrested at a border crossing in Nogales, Ariz., in November as part of a sprawling, complex investigation involving as many as 100 wiretaps, according to his lawyer.

A month later, one of the Sinaloa cartel's main lieutenants was gunned down by Mexican helicopter gunships in a resort town a few hours' drive to the east. Less than two weeks later, police at Schipol Airport in Amsterdam arrested one of the cartel's top assassins, a man who handled transport and logistics for Guzman.

On Feb. 13, a man known as "19," whom officials called the new chief of assassins for Zambada, was arrested with two other men on the highway to the coastal resort city of Mazatlan.

Four days later, a man described as a member of the Sinaloa cartel's upper ranks was seized along with 4,000 hollowed-out cucumbers and bananas stuffed with cocaine. Then a 43-year-old known by the nickname "20" and described as Zambada's chief of security was arrested transporting more cocaine-stuffed produce.

By the middle of the week at least 10 Sinaloa henchmen had been seized. And agents learned that Guzman had started coming down from his isolated mountain hideouts to enjoy the comforts of Culiacan and Mazatlan.

Marines closed the beachside road in front of the Miramar condominiums, a 10-story, pearl-colored building with white balconies overlooking the Pacific and a small pool in front. Smashing down the door of an austerely decorated fourth-floor condo, they seized Guzman a few minutes after the sun rose.

Photos of the apartment published by a local newspaper showed cheap and unglamorous furnishings and little food or liquor, just a couple of dozen eggs on a shelf. A bag from a low-end supermarket lay on the floor.