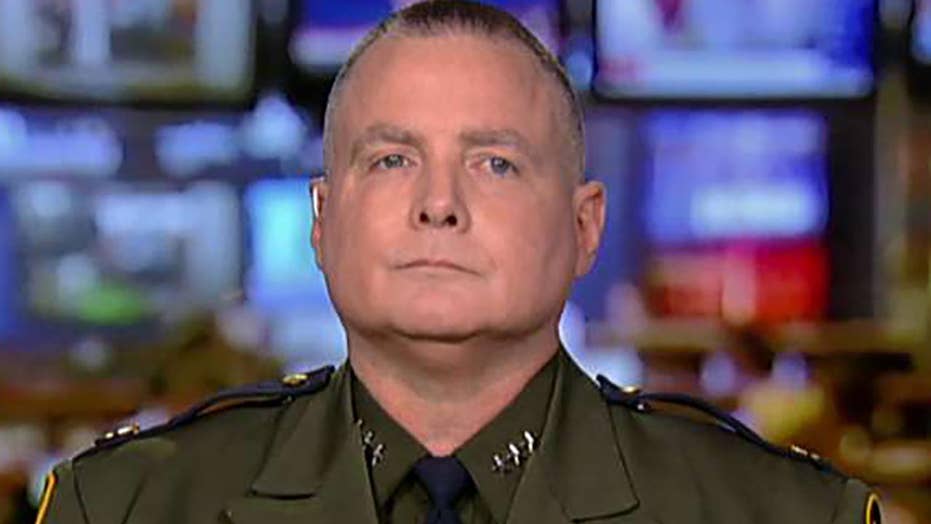 'Frustrated' agents on the ground are doing the best they can with the resources provided, says Brian Hastings, chief of U.S. Border Patrol law enforcement operations.

Hundreds of Cuban migrants are reported to be on the run Friday in Mexico after a crowd of more than 1,000 burst out of a troubled immigration detention center on its southern border.

Mexico’s National Immigration Institute said the mass escape Thursday in Tapachula – which the Associated Press called the largest in recent memory -- involved around 1,300 Cuban migrants, although 700 of them have since returned voluntarily.

The migrants reportedly streamed out of the compound without any resistance, as the institute said its agents weren’t armed and "there was no confrontation."

Federal police with riot shields later rushed in to control the situation, as a crowd of angry Cubans whose relatives were being held at the facility gathered outside. The Cubans claimed their relatives reported overcrowding and unsanitary conditions at the facility.

BORDER PATROL UNION CHIEF BLASTS CONGRESS OVER MIGRANT CARAVANS: ‘WHAT ARE YOU DOING ABOUT IT’?

"My wife and child have been in there for 27 days in bad conditions," said Usmoni Velazquez Vallejo, as he waited outside for news. "There is overcrowding, insufficient food and there isn't even medicine for them."

Another Cuban detainee told the AFP: “We have many there... we are very tight, we sleep on the floor.”

It’s the third time since October that migrants at the facility staged an uprising, according to the news agency.

The center's holding capacity is officially listed at less than 1,000 people, but the escape of 1,300 meant it was probably at least at double its capacity, since not everyone being held there escaped. Residents in the area said that sometimes the facility has held as many as 3,000 people, and a Mexican newspaper cited by Reuters said Haitians and Central Americans also are among the large group who still have not been tracked down.

Migrants wait for their transfer from an immigration detention center in Tapachula, Chiapas state, Mexico, on Thursday. (AP)

Elsewhere in the country, a new caravan estimated to contain up to 10,000 migrants is making its way to the U.S.-Mexico border.