A big day in Cuba's history as Raul Castro ends his 10-years in power and the closing the 60-year Castro reign in Cuba; Steve Harrigan has the latest updates from Havana, Cuba.

Castro, 86, will remain head of the Communist Party, designated by the constitution as "the superior guiding force of society and the state." As a result, Castro is almost certain to remain the most powerful person in Cuba for the time being. He succeeded his older brother, Fidel Castro, as president in 2006 after the elder Castro stepped aside due to illness.

Facing biological reality, Raul Castro is working to ensure a smooth transition from him and his small group of former guerrillas to a new generation that can maintain the government's grip on power in the face of economic stagnation, an aging population and waning revolutionary fervor among Cuban youth attuned more to global consumer culture than the anti-capitalist, nationalist messaging of the state-run media.

That media went into overdrive Wednesday with a single message: Cuba's system is continuing in the face of change. Commentators on state television and online offered lengthy explanations of why Cuba's single-party politics and socialist economy are superior to multi-party democracy and free markets, and assured Cubans that no fundamental changes were occurring, despite some new faces at the top.

Nominated as new first vice president was Salvador Valdes Mesa, a 72-year-old Afro-Cuban former union official who has held a long series of high posts in the Cuban government. The government's official Candidacy Commission also nominated another five vice presidents of the Council of State, Cuba's highest government body. Only one of the five, 85-year-old Ramiro Valdez, was among the Communist revolutionaries who fought with the Castros in the eastern Sierra Maestra mountains. 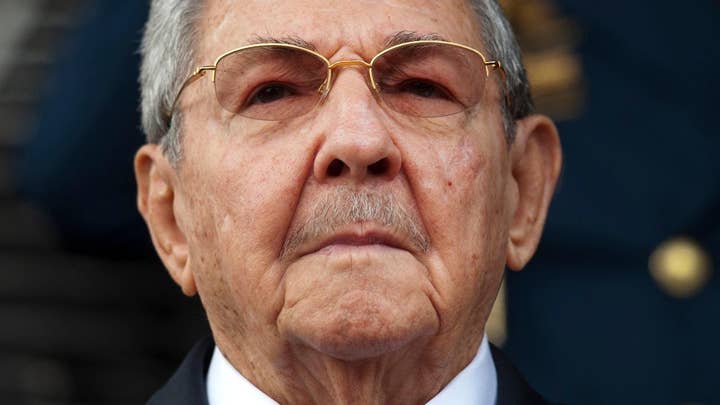 "It falls on our generation to give continuity to the revolutionary process," said assembly member Jorge Luis Torres, a municipal councilman from central Artemisa province who appeared to be in his 40s. "We're a generation born after the revolution, whose responsibility is driving the destiny of the nation."

The result of the National Assembly votes for president and vice presidents and other national leaders is expected to be officially announced Thursday, the anniversary of the U.S.-backed Bay of Pigs invasion defeated by Cuban forces in 1961.

As in Cuba's legislative elections, all of the leaders being voted in on Wednesday were selected by a government-appointed commission. Ballots offer only the option of approving or disapproving the official candidate. Candidates generally receive more than 90 percent of the votes in their favor.

The appointment of Diaz-Canel was met with skepticism by Rep. Mario Diaz-Balart, R-Fla., who is Cuban-American.

"Today, the Cuban regime has named a new puppet," Diaz-Balart said. "Just like Fidel Castro named Osvaldo Dorticós as ‘president’ until 1976, Raul Castro has now named Miguel Díaz Canel as the new 'president of the Council of Ministers and State.'"

"Raul Castro remains head of the sole 'legal' party and the armed forces, his son-in-law remains head of the economy, and his son remains a top official in the feared Ministry of the Interior," Diaz-Balart continued. "Today’s designation of a new Dorticós is a nothingburger. The important matter is that the Cuban people will be free, and I will continue to stand with them."

James Williams, the president of Engage Cuba, a group that advocates for greater trade and engagement with the island, said that Diaz-Canel should be given a chance.

Williams noted that Diaz-Canel is largely an enigma -- at some points making statements appearing to be progressive on issues like Internet access and LGBT issues, but also expressing a hard line on U.S.-Cuba relations and freedom of speech.

"I don’t think we fully know him," Williams says, adding that rising through the political ranks in Cuba practically required Diaz-Canel to tread carefully.

"He's got more to gain than to lose by being [visible] out there," Williams said. "He'd be the president of 11 million people, but his core is really about 30 people who had to put him in the position [of president]."

Diaz-Canel, Williams said, must deal with a hard line segment of the Communist Party that holds considerable sway and are firmly opposed to engagement with the United States.

"We know he has constraints," Williams says. "But we didn't know Gorbachev would be Gorbachev."

John Caulfield, the former chief of mission of the U.S. Special Interests Section in Cuba, said that Diaz-Canel has been a longtime "supporter of the Communist Party of Cuba."

Caulfield noted that the new president does not seem to have a base large enough to serve as a mandate for him to act on his preferences and in ways that deviate significantly from the Castro brothers.

"It's unclear how free a hand Diaz-Canel will have."