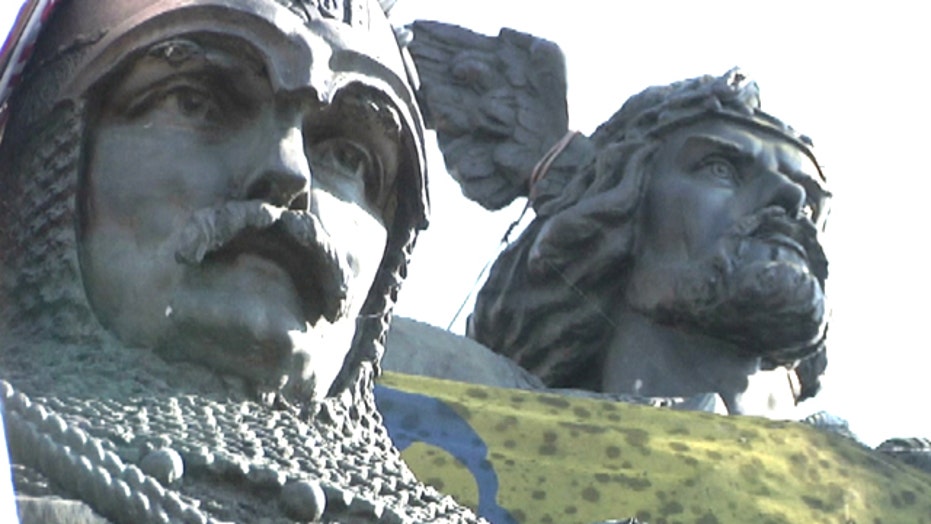 The Crimean parliament voted Tuesday that the Black Sea peninsula will declare itself an independent state if its residents agree to split off from Ukraine and join Russia in a referendum.

Crimea's regional legislature on Tuesday adopted a "declaration of independence of the Autonomous Republic of Crimea." The document specified that Crimea will become an independent state if its residents vote on Sunday in favor of joining Russia in the referendum.

Residents who vote in the March 16 referendum reportedly will have two choices regarding whether to join Russia -- "yes now" or "yes later."

According to KyivPost.com, voting "no" is not an option and residents will have to vote to join Russia immediately or declare independence and then join Russia.

“There is no option for ‘no,’ they are not counting the number of votes, but rather which one of the options gets more votes,” Kharkiv Human Rights Group member Volodymyr Yavorkiy told the Post. “Moreover, the first question is about Crimea joining Russia, the second -- about it declaring independence and joining Russia. In other words, there is no difference.”

Western nations have said they will not recognize the vote as legitimate. But the move might be used as an attempt to ease tensions with Crimea existing as a self-proclaimed state without Russia moving quickly to incorporate it into its territory.

After a brief war between Russia and Georgia in 2008, some leaders in Georgia's breakaway provinces of Abkhazia and South Ossetia also asked to join Russia, but their request was never granted.

Meanwhile, Ukraine's acting president on Tuesday called for the formation of a national guard and for the mobilization of reserves and volunteers into the country's armed forces.

Oleksandr Turchynov asked the national parliament to approve turning the country's Interior Ministry troops into a National Guard "to defend the country and citizens against any criminals, against external and internal aggression."

Turchynov said that the mobilization will include those who have previously served in the army and volunteers.

Russian forces have strengthened their control over Ukraine's Crimea region in the run-up to a referendum set for Sunday on whether to split off and become part of Russia.

Ukrainian Prime Minister Arseniy Yatsenyuk, who will fly to Washington to meet with Barack Obama on Wednesday, called on Western nations to defend Ukraine against a nation"that is armed to the teeth and that has nuclear weapons."

Yatsenyuk asked Russia, the U.S. and European Union member Britain to abide by a treaty signed in 1994, in which they pledged to guarantee Ukraine's security in exchange for giving up its Soviet-era nuclear weapons.

"We are not asking for anything from anyone," Yatsenyuk told parliament. "We are asking for just one thing: military aggression has been used against our country. Those who guaranteed that this aggression will not take place, must from the one side pull out troops and from the other side must defend our independent, sovereign state."

Parliament is expected to vote later Wednesday on the motion on mobilization and the appeal to the West.

Yanukovych, speaking in the southern Russian city of Rostov-on-Don, repeated the Russian claim that the new Ukrainian authorities are kowtowing to radical nationalists, and that they posed a threat to Russian-speaking eastern regions.

Yanukovych, who fled last month after months of protests, said he would soon return to Ukraine.