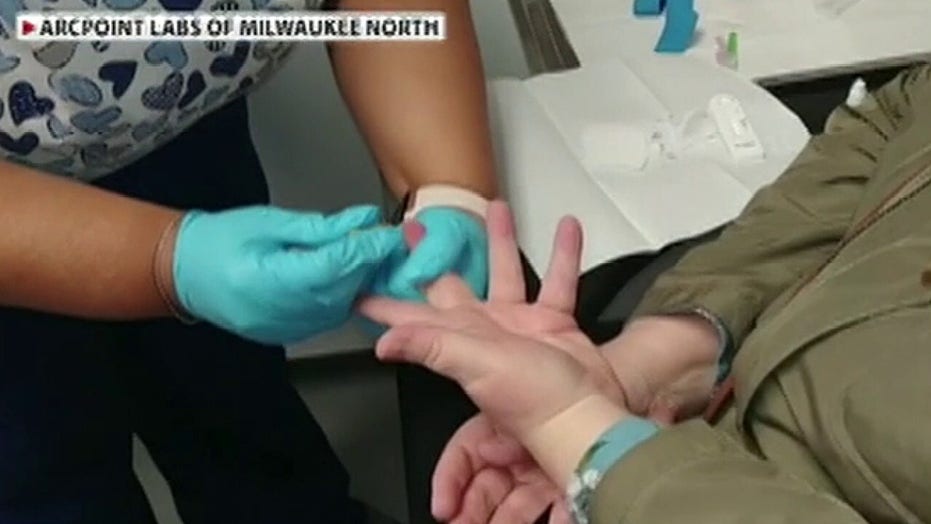 How COVID-19 is crushing the US health care industry

In response to the coronavirus crisis, dozens of governors took the dramatic step of ordering hospitals to cancel all non-essential procedures and surgeries; reaction from Dr. Neal Elattrache, sports medicine director at Cedars-Sinai Medical Center, and Dr. Rami Oskoui, CEO of Foxhall Cardiology.

A research report released Monday by Tel Aviv University claimed that the novel coronavirus has caused a spike in anti-Semitic rhetoric blaming Jews for the global pandemic and the subsequent economic recession.

The report showed an 18 percent spike in attacks against Jews last year and warned that the pandemic has threatened to ratchet up incitement even more.

FILE: Candles and flowers are placed in front of a synagogue in Halle, Germany. (AP)

Moshe Kantor, president of the European Jewish Congress, called the accusations "a revival of the medieval 'blood libels' when Jews were accused of spreading disease, poisoning wells or controlling economies."

"Since the beginning of the COVID-19 pandemic, there has been a significant rise in accusations that Jews, as individuals and as a collective, are behind the spread of the virus or are directly profiting from it," he said.

Researchers said the 18 percent increase in anti-Semitic violence in 2019 continued to steadily rise in recent years. Seven Jews were killed in 2019 in more than 450 attacks across the globe against synagogues, community centers and other Jewish targets.

The researchers said the hateful response to the novel coronavirus was the continuation of an ancient form of anti-Semitism that involves blaming Jews when "things go wrong."

They recorded expressions such as pinning the source of the virus on Jews rejecting Christ, to accusing Jews of perpetrating the virus's spread in order to profit from vaccines they would ultimately create to combat it.

Kantor warned that the virus had the potential to spark populist extremism, similar to what erupted after the Great Depression and contributed to the rise of Nazism.