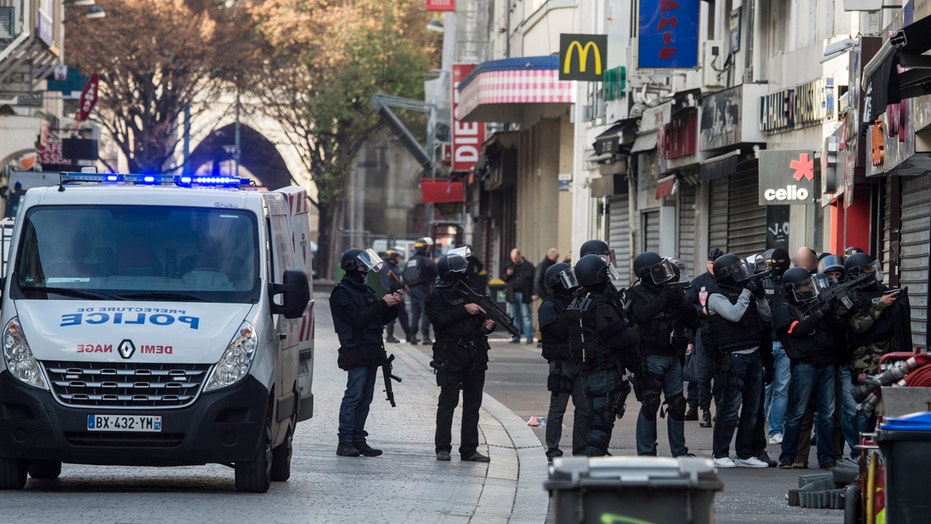 Police in Paris searching for a ninth possible attacker

French intelligence officials were not aware until days after this month's deadly terror attack on Paris that the suspected mastermind of the carnage had a female cousin living just north of the capital, according to a published report.

The Wall Street Journal reports that information provided by Moroccan intelligence tied Hasna Houlahcen to Abdelhamid Abaaoud, enabling authorities to launch the raid that killed the two relatives this past Wednesday in Saint-Denis.

However, that lapse and others has left France's security services with uncomfortable questions to answer as the country reels from a second deadly act of terror following the attacks on the offices of the French satirical magazine Charlie Hebdo in January.

"No need to fool ourselves,” a French government official told the newspaper. "What we have in front of us is a complete failure."

Abaaoud, originally thought to have ordered the attacks -- which killed 130 and injured 350 others -- from Syria, is not the only suspect to have escaped the notice of French authorities. Samy Amimour, one of the attackers who killed 89 people at the Bataclan concert hall in Paris on Nov. 13, was charged in a terrorism investigation in 2012. He had been placed under judicial supervision but dropped off the radar and was the subject of an international arrest warrant.

The Associated Press also reported that French officials quizzed him on Oct. 19, 2012, over links to a network of terror sympathizers and an abortive trip to Yemen.

More disturbingly, the Journal reported that French investigators were re-examining information provided by Turkey that said Amimour and another Bataclan attacker, Omar Mostefai, had traveled to Syria together sometime in 2013. French authorities apparently elected not to pursue the information due to their belief that Mostefai had returned to France in April 2014.

"It’s possible we thought Mr. Mostefai had returned when he hadn’t," one French official told the paper, "or that he did return but left again afterward."

French officials also appear to have had difficulty tracking Abaaoud himself, despite his status as a wanted terrorist for nearly a year prior to the Paris attacks. A U.S. official briefed on intelligence matters said Abaaoud was a key figure in an ISIS external operations cell that U.S. intelligence agencies had been tracking for months.

Abaaoud was suspected of involvement in several thwarted attacks this year, including on a church in the Parisian suburb of Villejuif, and possibly an attempted attack on a high-speed train when three Americans tackled a heavily armed man. He had bragged in ISIS' English-language magazine that he was able to slip in and out of Europe undetected.

Despite this, a Western security official told the Journal that intelligence services had lost track of Abaaoud weeks before the Paris attacks. French officials now believe he made his way to Western Europe via Greece in early October. At around the same time, two of the suicide bombers who attacked the Stade de France not far from where Abaaoud died in Saint-Denis also posed as refugees on the Greek island of Leros.