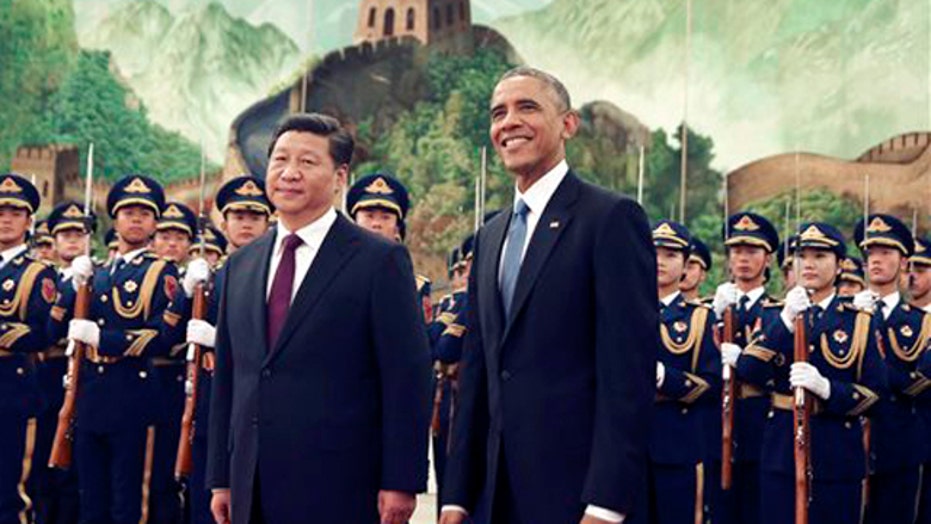 Is China aggressively expanding its power in Asia?

China surpassing the U.S. as the world’s largest economy is a key indication Beijing is getting set in the coming months to expand its reach further into Asia, according to a top Reagan administration official.

China’s neighbors, in particular, the Philippines, Malaysia, and Vietnam, are increasingly concerned there will be no end to their expansion. This comes as the Wall Street Journal reported Beijing is constructing artificial islands in the disputed Spratly Islands.

“Since 10 percent of China’s economy depends on these maritime areas, this is really an economic matter. They claim they are not involved in territorial conquest and these are not military bases in the sense America has military bases, so I think they are going to get away with it -- there won’t be any action to punish them,” said Pillsbury.

Looking ahead, China doesn’t see any major factors that can disrupt its position in Southeast Asia. Increased U.S. pressure, though, could be a problem for Beijing.

In January, President Obama reiterated "safeguarding maritime security and ensuring freedom of navigation and overflight throughout the region, especially in the South China Sea.”

“If we really have a huge outcry and start talking about a China threat and if their ‘best friends’ in America start getting upset about the South China Sea, they will pull back. But so far that has not happened,” said Pillsbury.

“There is a lot of new evidence that their long-term goal is to catch up and surpass the United States. They have an end date on it of 2049 … they are now the world’s largest economy, by 2030 they want to be double our size … it’s a strategy to own the world and claim all along this is good for everybody else,” said Pillsbury, author of “The Hundred-Year Marathon: China's Secret Strategy to Replace America as the Global Superpower.”