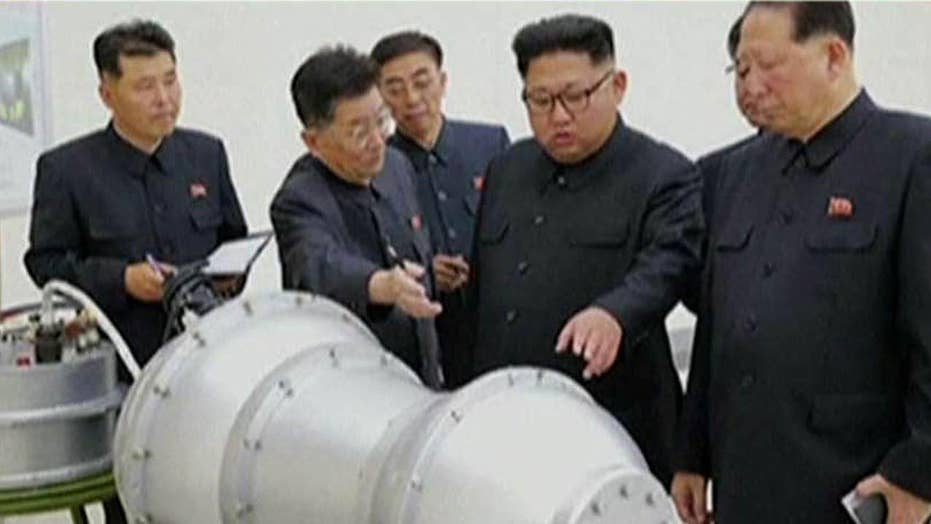 China is sending a high-level special envoy to North Korea. The move follows President Donald Trump’s visit to China last week, where he pushed Beijing to use its influence to pressure Kim Jong Un into stopping his nuclear war threats.

The announcement did not mention Trump or the U.S.

China remains the sole protector of the North Korean regime, a relationship that has been a source of friction between officials in Washington and Beijing. Trump has previously criticized China, saying its leaders were not using their influence in Pyongyang to help the U.S. convince North Korea to tone down its rhetoric and end its pursuit of nuclear weapons.

“North Korea is a rogue nation which has become a great threat and embarrassment to China, which is trying to help but with little success,” the president said in September.

Following last week's meetings -- which were part of Trump's five-nation Asia tour -- the president sounded optimistic in a Twitter message.

“President Xi of China has stated that he is upping the sanctions against #NoKo. Said he wants them to denuclearize. Progress is being made,” the president tweeted.

Song would become the first high-level Chinese official to visit North Korea since October 2015, when a member of the Communist Party Politburo committee met with Kim.

The International Liaison Department, in charge of the Chinese communist party’s relations with foreign political parties, has effectively taken the lead in conducting China's diplomacy with North Korea, Reuters reported.