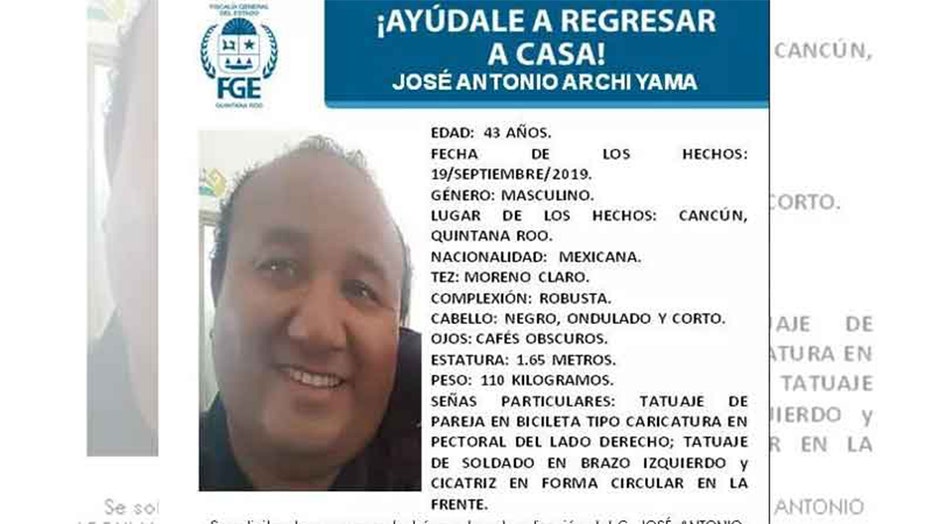 The beheaded body of a top law enforcement officer in Mexico was found Sunday -- four days after he was kidnapped, tortured and killed by cartel gunmen in Cancun.

Investigators found the decapitated body of Jose Antonio Archi Yama, commander of the Quintana Roo State Police, wrapped in a gray and red sheet about 6 feet from the side of the road.

His head was in a black bag nearby.

Yama's family reported him missing two days after he failed to come home from his job about an hour away, in Playa del Carmen. Crews spotted his vehicle Thursday night around 9:20 p.m.

In a video circulated across social media, Yama was last seen wearing a police uniform and holding a rifle. He claimed in a video posted to Facebook, which Fox News has not independently verified, that he had direct orders to go after the CJNG and allow a smaller cartel named "Los Rojos" to take over the region. Music played in the background.

The brutal murder was just the latest disturbing incident in an area that has seen a sharp rise in violence as cartels have fought for control.