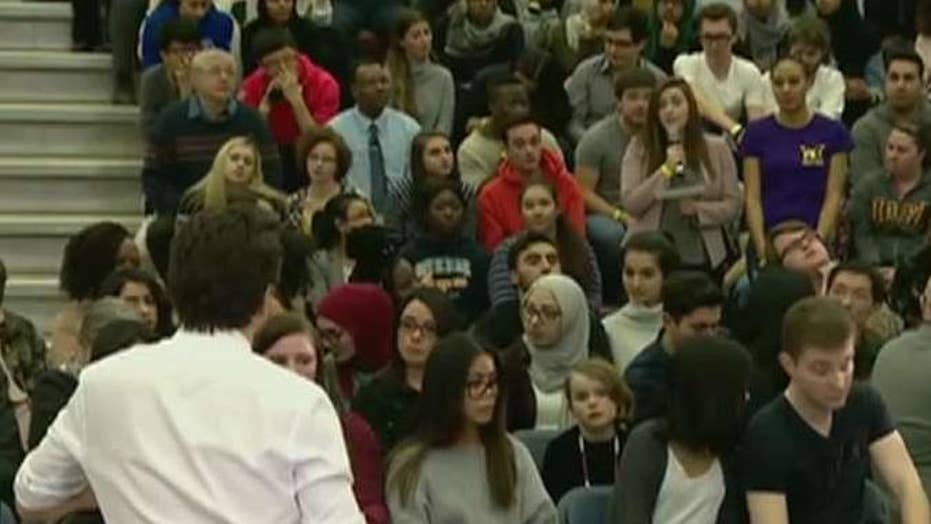 Canadian Prime Minister Justin Trudeau corrected a woman on her language when she asked a question during a town hall Friday.

The unidentified woman asked Trudeau whether the Canadian government could ease regulations on volunteering with religious organizations, according to the Washington Free Beacon.

"So, that’s why we came here today to ask you, to also look into the policies that religious charitable organizations have in our legislation so that it can also be changed because maternal love is the love that’s going to change the future of mankind,” said the woman, who was reportedly affiliated with the World Mission Society Church of God.

Justin Trudeau correcting a girl for saying "mankind" because it's offensive is truly amazing pic.twitter.com/SDCcpSXhkB

“We like to say ‘peoplekind,' not necessarily ‘mankind,' because it’s more inclusive,” he said.

The crowd clapped after Trudeau’s comments.

The Canadian government has cracked down on language inclusivity over the last week.

Canada’s Senate passed a bill Thursday to make the country’s national anthem gender neutral. The bill changes the second line of “O Canada” from “true patriot love, in all thy sons command” to “in all of us command.”