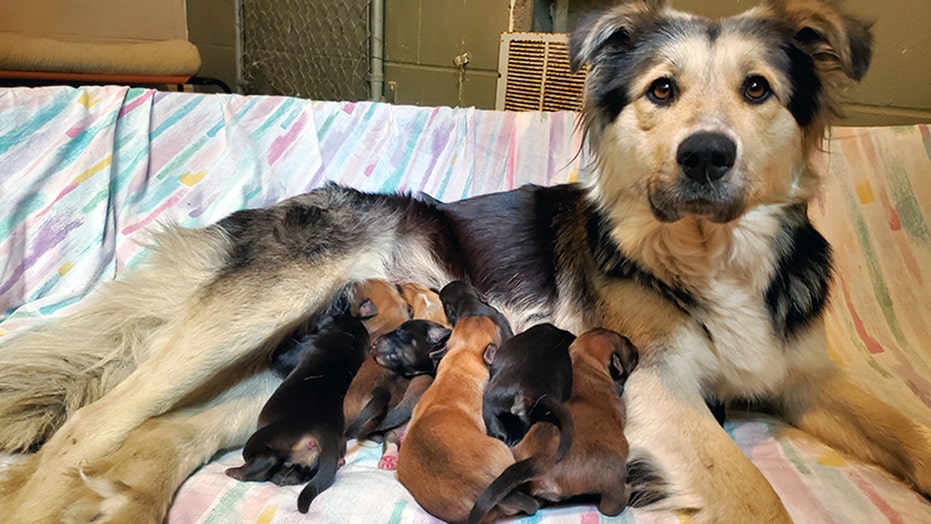 A dog and her nine puppies were found sealed inside a box at a landfill in Canada after apparently being abandoned by their owner and left to die, animal welfare officials said.

The mother dog, named "Casey," and her babies — five males and four females — were found on June 5 outside the Puntzi Lake Landfill in Britsh Columbia, the B.C. Society for the Prevention of Cruelty to Animals said.

Casey and her nine puppies were found sealed in a box at a Canada landfill last week, officials said. (British Columbia Society for the Prevention of Cruelty to Animals)

Casey, believed to be a border collie-husky mix, is approximately 1 year old, and her puppies about 2 weeks old. Officials described her as "a bit thin and focusing on caring for her babies," and "a timid but sweet dog."

“There is no excuse for simply walking away from a pet and leaving them to die,” Lorie Chortyk, of the SPCA, said in a news release. “Abandoning animals is against the law and individuals can be prosecuted for their crime.”

Casey has been "focusing on caring for her babies" since they were discovered in the box last week, according to animal rescuers. (British Columbia Society for the Prevention of Cruelty to Animals)

The animals will be available for adoption after they turn eight weeks old. The SPCA is seeking "donations of puppy pads, teething toys, sheets and small collars to help care for this little family."