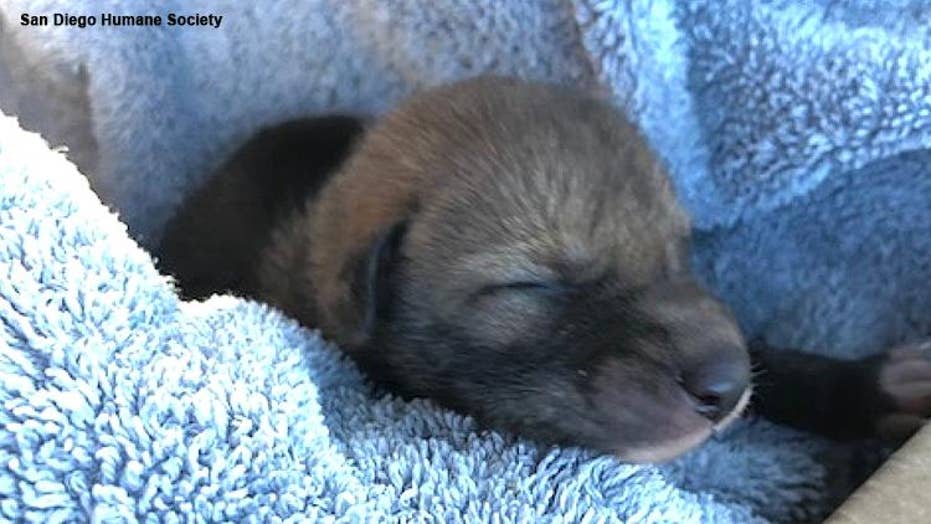 A hiker in South California thought he rescued an abandoned puppy in a canyon, but soon discovered the pup was actually a baby coyote.

A hiker in Southern California thought he had found an abandoned puppy in a canyon recently. The cute animal, however, was not all that it seemed.

The San Diego Union-Tribune reports that the man was walking his dog when he spotted what he thought was an abandoned puppy. The hiker picked the animal up and took it home, where he called the San Diego Humane Society.

Wildlife officers then went to the man’s home, where they examined the animal.

“Our Humane Officers recently received a call about an abandoned puppy in a canyon in Tierrasanta. To their surprise, the little creature was actually a coyote pup!” explained the San Diego Humane Society, in a Facebook post. “The officers took the adorable pup to Project Wildlife for care before being transferred to The Fund for Animals Wildlife Center.”

Citing an officer at Project Wildlife, the San Diego Union-Tribune reports that too much time had elapsed since the pup’s “rescue” for the animal to be returned to the canyon where she was found. Coyotes often move their dens, something that the pup’s mother may have been doing when the well-meaning hiker scooped the animal up and brought her home.

DOGS WERE DOMESTICATED IN NORTH AMERICA 10,000 YEARS AGO, STUDY SAYS

The Fund for Animals Wildlife Center, which cares for native California predatory species, says that the coyote is doing well. “Our goal is always to raise orphans with other conspecifcs and eventually return them to their native habitat once they reach natural dispersal age,” it explained, in a Facebook post. “The hard part with this little girl is that she came in so early in the season, we were unable to pair her up with another orphaned pup.”

“Though our goal is always to release ill, injured or orphaned wildlife - the final status of the pup is yet to be determined,” the center added.

Earlier this year, dam workers in Estonia rescued what they thought was a dog from a frozen river, only to discover that it was a wolf.