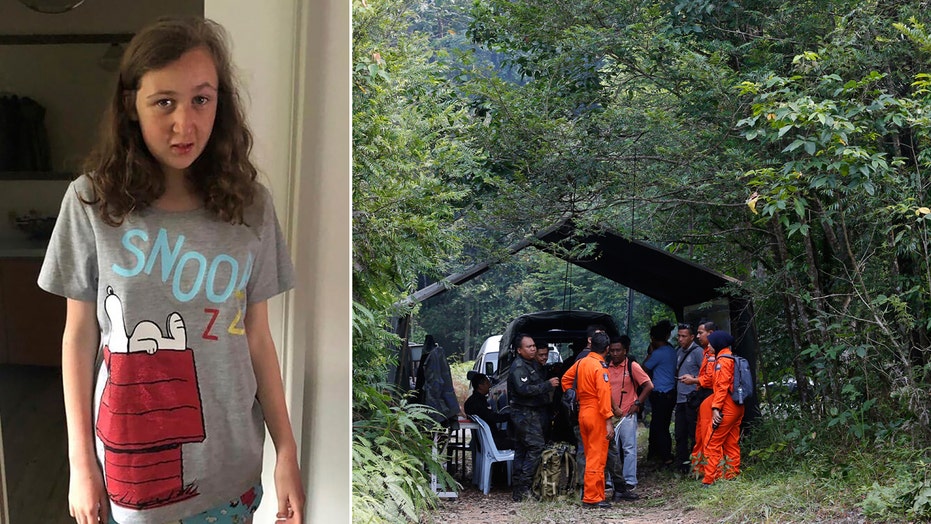 The search for a teen with special needs from London who vanished over the weekend while on a family vacation to Malaysia has intensified as her family and law enforcement continue to disagree over whether foul play was involved.

On Tuesday, a search team with more than 170 people, including a helicopter and sniffer dogs, expanded their hunt for Nora Anne Quoirin, 15, who was last seen in her bedroom at the Dusun eco-resort in southern Negeri Sembilan state Saturday night.

Nora’s family reported the young girl missing Sunday morning after they found her bed empty and the window left open. The family issued a statement Tuesday stating they believe that she was abducted.

This undated photo taken from Facebook shows Nora Quoirin,15. Police in Malaysia say they do not yet have any signs of foul play in the disappearance of the 15-year-old London schoolgirl.(The Lucie Blackman Trust/Family via AP)

"She never goes anywhere by herself. We have no reason to believe she wandered off and is lost," the statement read, according to The Associated Press.

They continued that there was cause for greater concern for the teen they describe as “not like other 15-year-olds” because Nora has “learning and developmental disabilities.”

“She looks younger, she is not capable of taking care of herself, and she won't understand what is going on," the statement added.

But police have approached the case differently, calling it a missing person case as there were no initial signs of foul play.

"We have no clues, no evidence to say this case is abduction," Negeri Sembilan police chief Mohamad Mat Yusop said a press conference. "We will do our very best. We will not give up hope. We believe that she didn't go far and that she had lost her way."

He said that dogs picked up Nora’s sent just over 100 yards from her resort room during Tuesday’s search but the trail ended there.

Yusop said that search teams will focus on the foothill of the resort near a river, assuming Nora was in a weak state and could have wandered to find food and water. The area where she disappeared into has been described as a dense jungle.

"This particular jungle, for outsiders, they don't know how to navigate, they get lost. Natives like me, we are used to this jungle," one local villager told The Associated Press.

Her parents are an Irish-French couple who have lived in London for about 20 years, according to the Lucie Blackman Trust, a British charity that supports people involved in a crisis overseas.

Nora arrived with her family on Saturday for a two-week stay at the Dusun, a small resort located in a durian orchard next to a forest reserve about 39 miles south of Kuala Lumpur.