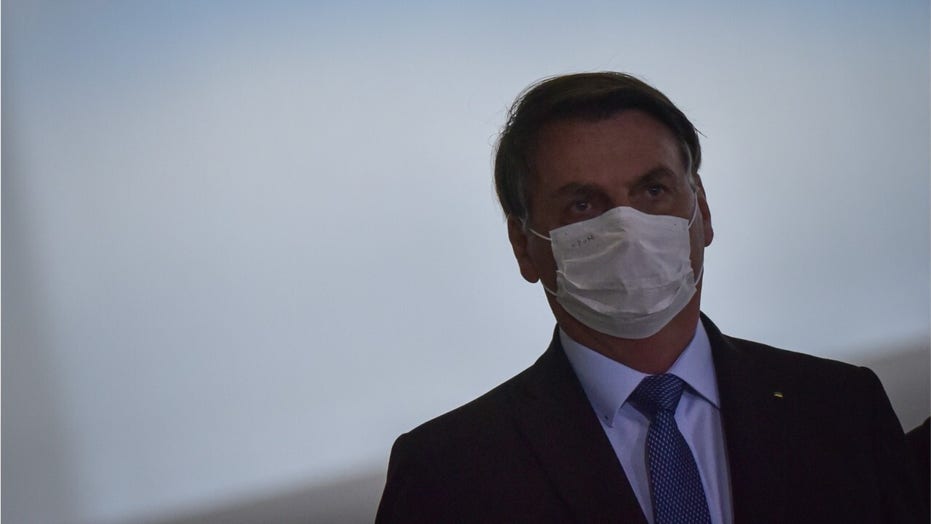 Brazilian President Jair Bolsonaro has tested positive for the coronavirus, he told reporters on Tuesday.

The embattled right-leaning leader revealed Monday night he had undergone testing for COVID-19 after developing symptoms, including a high fever.

"I'm well, normal. I even want to take a walk around here, but I can't due to medical recommendations,” Bolsonaro, donning a mask after repeatedly forgoing one in the past, said at a news conference.

Chapman, who was photographed with Bolsonaro – both maskless – said he does not have any symptoms but will get tested, according to reports by The Washington Post.

Bolsonaro has attempted to downplay the virus since the country saw an uptick of cases beginning in March and has cycled through three health directors due to constant disagreements about the handling of the virus, which has killed more than 65,000 Brazilians to date.

He has repeatedly flouted pushes to wear a mask; however, a judge ruled in late June that he has a "constitutional obligation" to follow precautionary measures to stop the spread of COVID-19.

Brazil – the second hardest-hit country in the world behind the U.S. – has 1.5 million positive cases of the virus.

Despite this, the Brazillian president has likened the virus to a "little cold" and forged ahead with plans to keep businesses open.

Bolsonaro tested negative three times in March after meeting with President Trump in Florida. Multiple members of his delegation to the U.S. later tested positive for the virus.