The British prime minister praised the millions of people who are "making another huge sacrifice" as the country is hours away from going into another lengthy lockdown to curb the escalating spread of the coronavirus.

Boris Johnson's comments Tuesday come as health officials there reported 60,916 new infections on Monday – the highest daily total ever recorded in the United Kingdom since the onset of the disease, according to Sky News.

"Across this entire country today, there are people – everybody – are making another huge sacrifice. Millions of people working from home, teachers and pupils coping with online learning," Johnson said during a press conference. "Businesses who have borne the brunt of successive lockdowns. And of course, the amazing staff of our National Health Service and our care workers who are grappling with this new variant of coronavirus."

"And I believe that when everybody looks at the position people understand overwhelmingly that we have no choice," Johnson added in reference to the lockdown measures set to go into effect at midnight Tuesday.

Johnson, citing government statistics, said the number of patients hospitalized with the coronavirus is now 40% higher in England than its initial peak in April.

An estimated one in 50 are now testing positive compared to one in 900 during the middle of September, statistics also show.

In an effort to combat the spread, more than 1.3 million people have already been vaccinated across the U.K., according to Johnson.

"We know that there will still be long weeks ahead in which we must persevere with these restrictions, but I want to give you, the British people, the maximum possible transparency about this vaccine rollout with more detail on Thursday and daily updates from Monday so that you can see day by day and jab by jab how much progress we are making," he added. 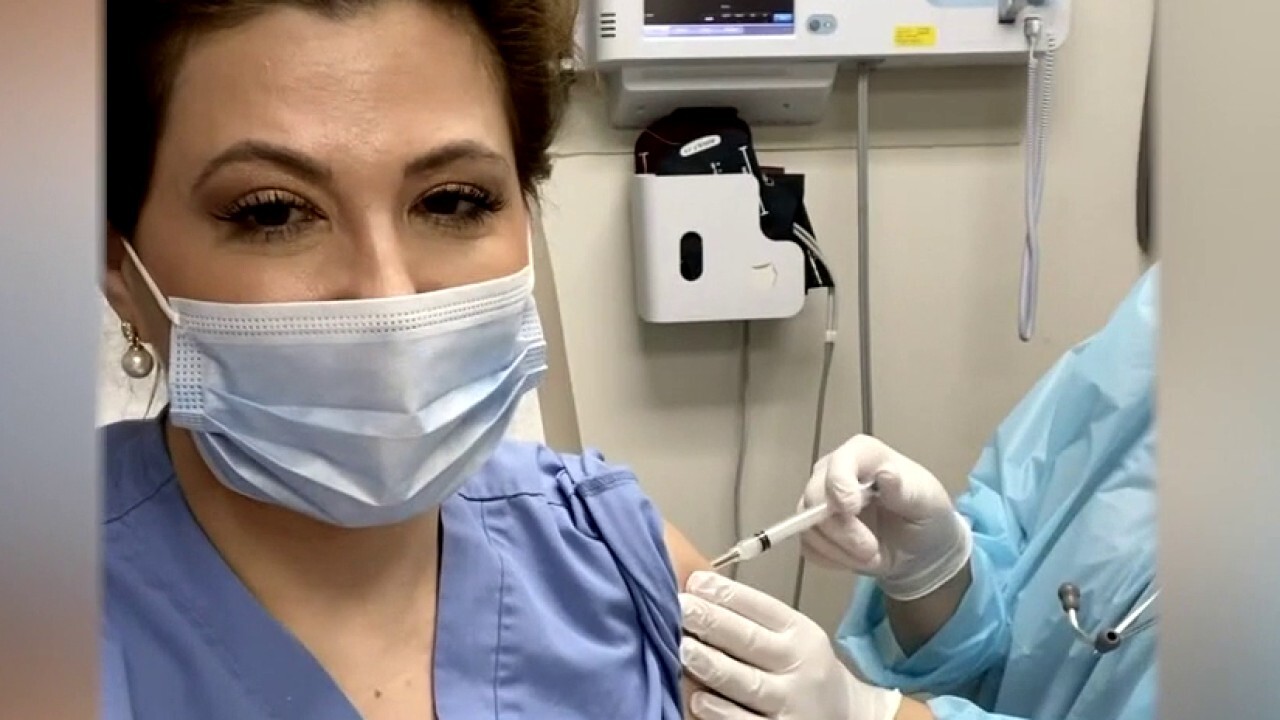 Eric Shawn: Dr. Janette Nesheiwat, who received the vaccine, on the fight against COVID-19 in the coming months

Dr. Janette Nesheiwat got the shot and has advice on what you should do so you get your coronavirus vaccine

UK CORONAVIRUS VARIANT MOST LIKELY TO SPREAD AMONGST THIS AGE GROUP, STUDY SUGGESTS

Johnson announced the new lockdown Monday after the chief medical officers of England, Northern Ireland, Scotland and Wales raised the U.K.-wide COVID-19 threat assessment to the highest level. The health system is already under "immense pressure," they said.

The new measures are similar to those imposed last spring, with people being told to work from home unless it’s impossible to do so, and to leave home only for exercise or essential trips such as grocery shopping. Schools across England were ordered to close their doors except for the children of critical workers and the most vulnerable children and shift to online instruction beginning Tuesday. University students won’t return to campus until at least mid-February.

All nonessential shops and personal care services like hairdressers will stay closed. Restaurants will be allowed to offer takeout services only.

In the meantime, grants of up to $12,200 are being offered to help businesses in the retail, hospitality and leisure sectors further strained by the new rules.

Public health officials hope the new lockdown will reduce the pressure on the NHS while it rolls out a national vaccination program that targets older people, health care workers and those particularly vulnerable to COVID-19. Britain has approved vaccine shots from two different manufacturers so far -- one from Pfizer-BioNTech and the other from Oxford University and AstraZeneca.

But many U.K. hospitals have already been forced to cancel elective surgeries, and the strain of responding to the pandemic may soon delay cancer surgery and limit intensive care services for patients without COVID-19. 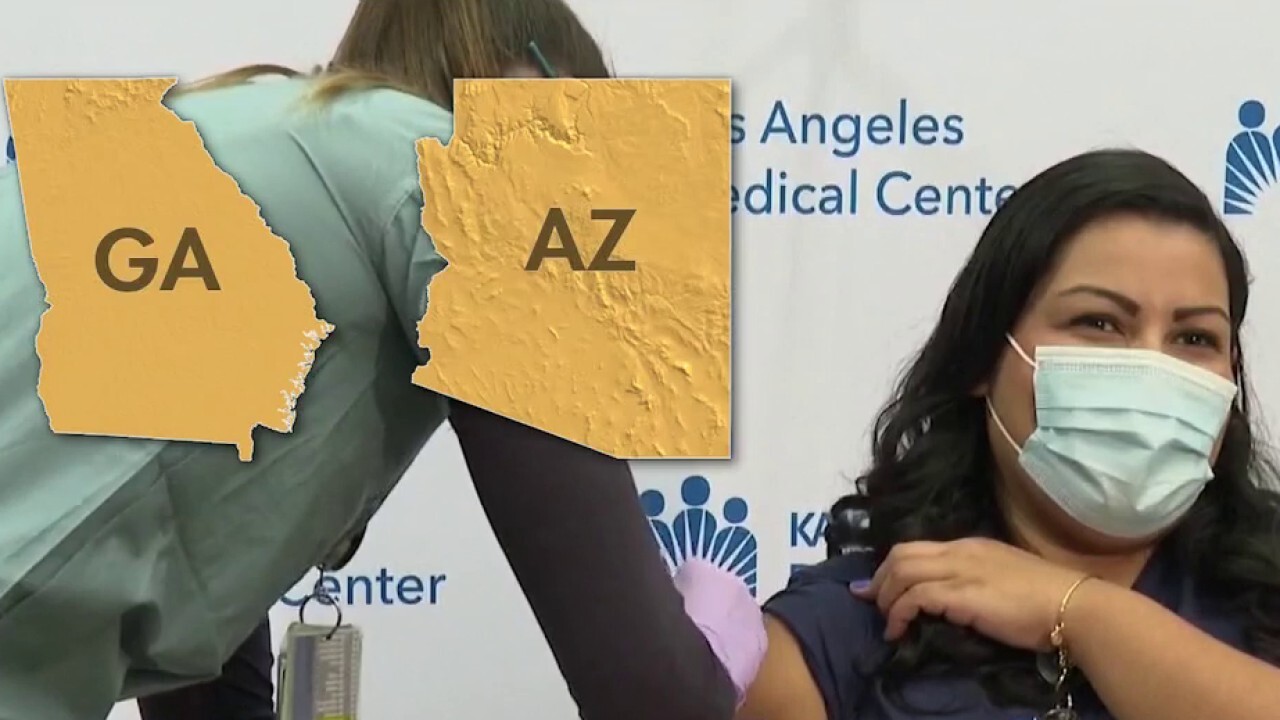 Many states have yet to administer all their allotted doses; Dr. Marc Siegel has a breakdown of which states are doing better than others.

In mainland Europe, German Chancellor Angela Merkel said Tuesday that she has agreed with state governors to extend her country’s current lockdown by three weeks until Jan. 31.

Germany launched a nationwide partial shutdown on Nov. 2, closing restaurants, bars, leisure and sports facilities. That failed to reduce infection figures, and the current lockdown — which closed nonessential shops and schools, and further limited social contacts — took effect Dec. 16. It was initially due to run through Jan. 10.

Vaccinations in Germany and the rest of the 27-nation European Union started over a week ago. In Germany, a nation of 83 million, nearly 265,000 vaccinations had been reported by Monday, the Robert Koch Institute said.