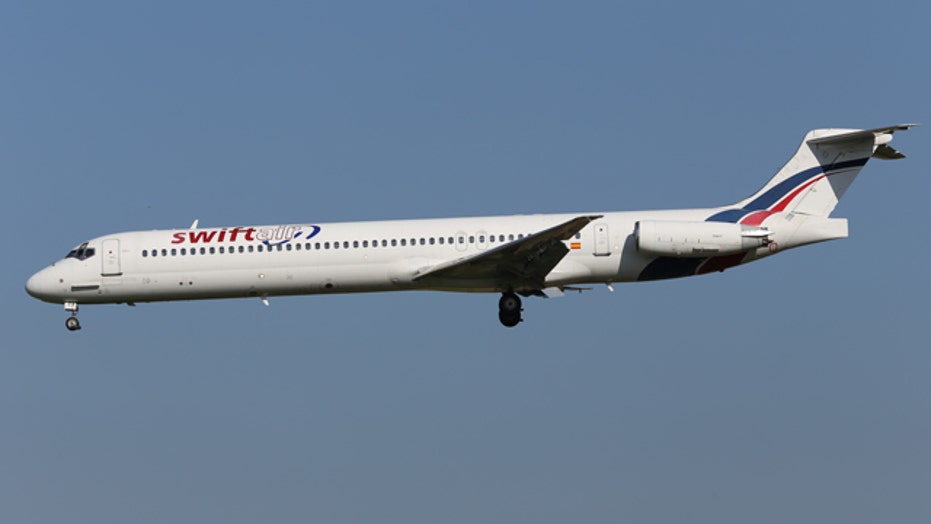 French soldiers combing a field of debris in a desolate region of northwest African country of Mali Friday recovered the black box from an Air Algerie plane that crashed, killing all 118 aboard.

Terrorism hasn't been ruled out as a cause, but officials say bad weather most likely brought the jetliner down, after it disappeared from radar less than an hour after it took off early Thursday from Burkina Faso's capital, Ouagadougou, for Algiers.

Soldiers from France and the neighboring West African country of Burkina Faso dispatched to identify the plane’s wreckage had trouble finding evidence in a concentrated area in the Gossi region of Mali. French Foreign Minister Laurent Fabius described the area to reporters Friday as “a zone of savannah and sand with very difficult access, especially in this rainy season."

A French Reaper drone based in Niger spotted the wreckage after getting alerts from Burkina Faso and Malian soldiers, Defense Minister Jean-Yves Le Drian told reporters. Officials in Burkina Faso later said human remains and the burnt wreckage had been found about 30 miles from the border of Burkina Faso near the Malian village of Boulikessi.

Burkina Faso soldiers were reportedly the first to reach the site. The country's prime minister, Luc Adolphe Tiao, reviewed videos of the wreckage site and said identifying the victims will be challenging.

"It will be difficult to reconstitute the bodies of the victims," Tiao said at a news conference. "The human remains are so scattered."

More than 200 troops are guarding the site before French accident and criminal investigators arrive Saturday, Fabius said at a news conference in Paris with the defense and transport ministers.

"We think the plane went down due to weather conditions, but no hypothesis can be excluded as long as we don't have the results of an investigation," Interior Minister Bernard Cazeneuve told RTL radio hours before the news conference with three other government ministers.

"There are hypotheses, notably weather-related, but we don't rule out anything because we want to know what happened," French President Francois Hollande said. "What we know is that the debris is concentrated in a limited space, but it is too soon to draw conclusions."

There have been conflicting reports on the crash death toll. French government officials, including Hollande and Fabius, revised it to 118, without explaining the reason for the change. They also raised the number of French killed to 54 from 51. Air Algerie and private Spanish airline Swiftair, which was operating Flight 5017, said Thursday there were 116 people onboard.

French television showed images of the wreckage site taken by a soldier from Burkina Faso. The brief footage showed a desolate area with scattered debris that was unrecognizable. There were bits of twisted metal but no identifiable parts such as the fuselage or tail, or victims' bodies. Scrubby vegetation could be seen scattered in the background.

One of two black boxes has been found and was sent to Gao, a troubled city in northern Mali where remains will be sent for identification before being repatriated, Fabius said at Friday's news conference.  The Gossi region where the accident occurred, near the Burkina Faso border, is 100 miles south of Gao.

The plane sent its last message around 9:30 p.m. ET, asking Niger air control to change its route because of heavy rains in the area, Ouedraogo said.

A source also told Sky News that the plane asked to divert its path “to avoid another aircraft.”

Algerian Prime Minister Abdelmalek Sellal said on Algerian state television that 10 minutes before disappearing, the pilots were in contact with air traffic controllers in Gao.

The flight path of the plane from Ouagadougou, the capital of the west African nation of Burkina Faso, to Algiers wasn't immediately clear. Ougadougou is in a nearly straight line south of Algiers, passing over Mali where unrest continues in the north.

Investigators will look at all possible causes for the crash, including terrorism. "Terrorist groups are in the zone. ... We know these groups are hostile to Western interests." French Interior Minister Bernard Cazeneuve told RTL radio.

A French contingent of troops is based in Gao, a government-controlled town. The vast deserts and mountains of northern Mali fell under control of ethnic Tuareg separatists and then Al Qaeda-linked Islamic extremists after a military coup in 2012. French forces intervened in January 2013 to rout Islamist extremists controlling the region. A French soldier was killed earlier this month near the town of Gao, where French troops remain.

The intervention scattered the extremists, but the Tuaregs have pushed back against the authority of the Bamako-based government. Meanwhile, the threat from Islamic militants hasn't disappeared, and France is giving its troops a new and larger anti-terrorist mission across the region.

A senior French official told The Associated Press that it seems unlikely that these fighters had the kind of weaponry that could shoot down a plane.

The official, not authorized to speak publicly, said on condition of anonymity that they primarily have shoulder-fired weapons -- not enough to hit a passenger plane flying at cruising altitude.

Nearly half of the victims were from France and the disaster has hit the country hard. "I share the pain of families living through this terrible ordeal," Hollande said.

Hollande has said that France will spare no efforts to uncover why the plane went down -- the third major plane disaster around the world within a week. A Malaysia Airlines flight was shot down last week over war-torn eastern Ukraine. The U.S. has blamed it on separatists firing a surface-to-air missile. On Wednesday, a Taiwanese plane crashed during a storm, killing 48 people.