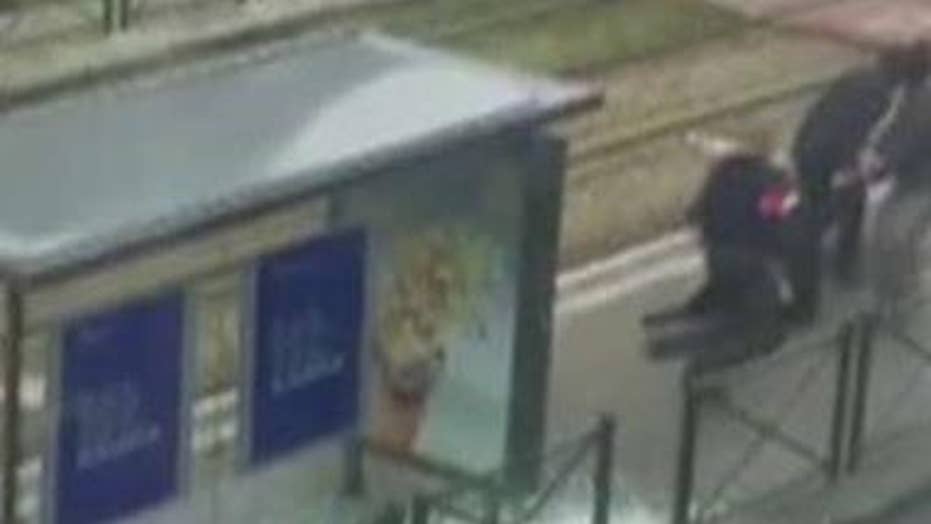 Police in Brussels shot and wounded a man who may have been carrying explosives in his backpack Friday at a metro stop after he failed to respond to their commands, witnesses said.

The unidentified man was shot in the leg and appeared to be with a girl around the age of eight, according to one witness. The suspect and two others were arrested in the city that has been gripped by fear after Tuesday’s terror attacks.

“I heard two explosions, they were shooting,” one witness told La Libre newspaper. “I opened the window and saw a man lying near the tram stop. The police ordered him to show his hands, remove his jacket. They said that if he did not comply, they would use their weapons.”

A video was released that appeared to show the injured man lying on the tram’s platform with a motorized bomb-disposal robot approaching. He was later shown being dragged away by police.

The suspect is believed to be connected to a Frenchman who prosecutors say was plotting a new terror attack in France before police caught him Thursday.