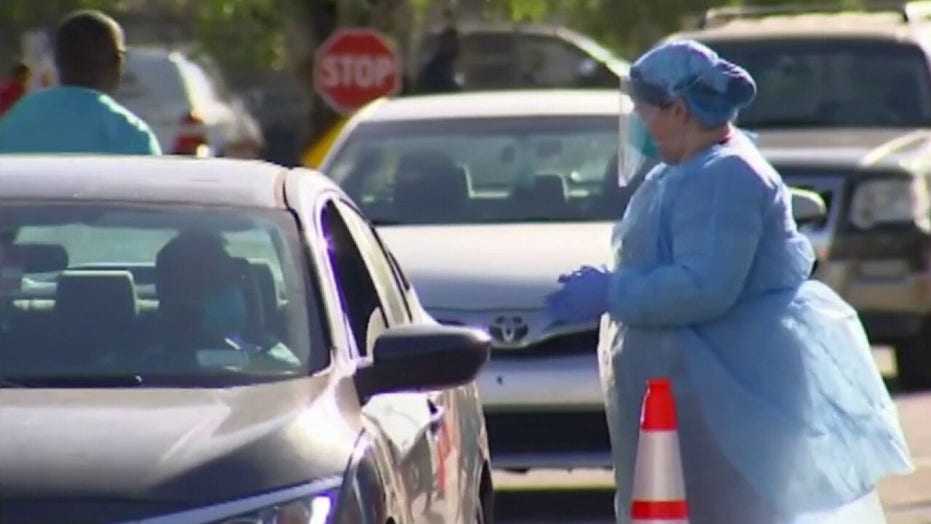 Beijing swiftly shut down the city's largest wholesale market after dozens of people became infected with coronavirus, and officials have declared “wartime management” in one district, according to reports.

Of the 500 people who were tested on Friday, seven tested positive and showed symptoms of COVID-19, with an additional 46 asymptomatic people testing positive. The cases mark the first local transmissions of the disease in the Chinese capital in 55 days, according to the South China Morning Post.

People wearing face masks to protect against the new coronavirus stop at a checkpoint outside the Xinfadi wholesale food market district in Beijing, Saturday, June 13, 2020. Beijing closed the city's largest wholesale food market Saturday after the discovery of seven cases of the new coronavirus in the previous two days. (AP Photo/Mark Schiefelbein)

Patient Zero in the new outbreak is believed to have visited the Xinfadi market in the Fengtai district, a market that accounts for roughly 90 percent of the city’s produce.

Traces of the disease were found on cutting boards, forcing a citywide scramble to remove fish – particularly salmon – from restaurant menus and supermarket shelves.

Pang Xinghuo, deputy director of Beijing’s Center for Disease Control and Prevention, confirmed that all of the new cases were linked to the Xinfadi market.

The Beijing Health Commission has said that at least three of the symptomatic patients were employees at the market, according to The New York Times.

Eleven neighborhoods around the market have issued a stay-at-home advisory, and citizens have been urged to avoid traveling in or out of Beijing. Sporting events and tour group trips to Beijing have been suspended and classes have been cancelled for students in kindergarten and the first three years of elementary school.

Officials have said that more than 10,000 people who work at the market will be tested, and the market itself will be disinfected.  All patients who have tested positive are in quarantine and under observation.

More than 1,900 workers at markets across the city have already been tested, according to the commission.

Feng Zhanchun, a public health expert, said the links between the number of positive cases means the virus is spreading in the community. The spread and response have so far echoed that of Wuhan at the start of the pandemic.

“If it can’t be put under control right now, the virus will affect many people in a short time because of the high density of population in cities,” Feng said.