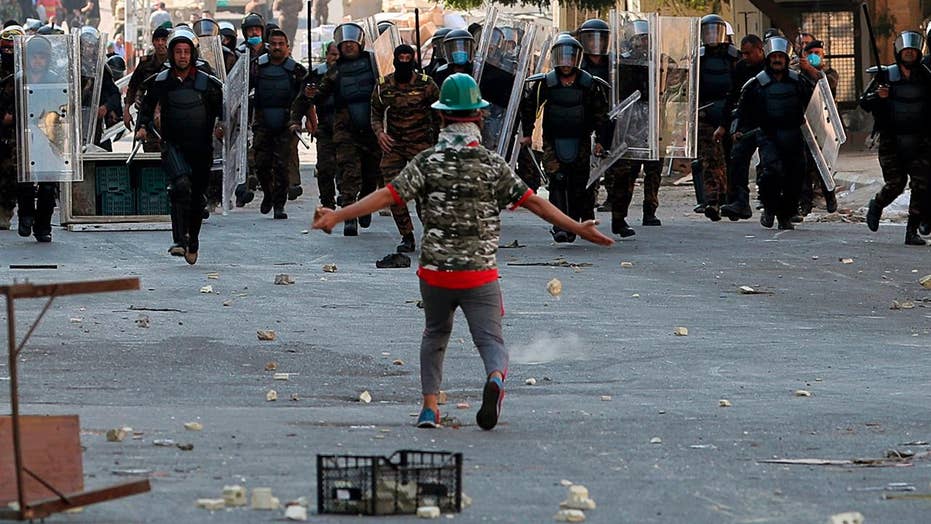 At least five people were killed, and more than a dozen wounded late Tuesday, after three simultaneous explosions rocked Baghdad in the first coordinated attack since anti-government protests broke out nearly two months ago, according to Iraqi officials.

It was not immediately clear who was responsible for the bombings, which bore the hallmarks of the Islamic State, or ISIS. Iraq declared victory over the extremist group nearly two years ago, though they still maintain a presence in parts of the country and carry out sporadic attacks.

Security forces killed three protesters and wounded at least 80 on Tuesday as demonstrations raged in Baghdad and across mostly Shiite southern Iraq. The protesters accuse the Shiite-led government of being hopelessly corrupt and complain of poor public services and high unemployment.

Protesters in Baghdad carried one of the slain demonstrators away from the scene of the fighting and sent him to an area hospital.

Another protester died close to Ahrar bridge; one of three key bridges protesters are occupying in a standoff with security forces.

In the southern city of Basra, a prominent supporter of the protests was assassinated in his car, a security official said. Sheikh Haidar Abdul Emir Maliki was found dead after gunmen shot him and fled the scene on motorcycles.

Protesters also cut roads to the main Gulf commodities port in Umm Qasr, which was operating at 50 percent as a result, a port official said.

Over 350 people have been killed and thousands have been wounded since Oct. 1. The demonstrations are the largest grassroots protest movement in Iraq's modern history.