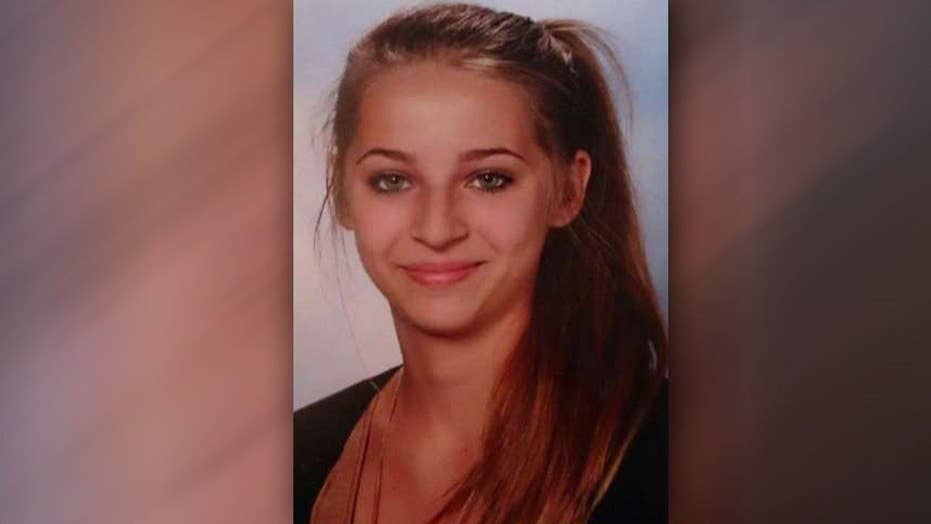 One of two Austrian teenagers dubbed "poster girls" for ISIS was beaten to death after she was caught trying to escape the terror group's de facto capital in Syria, according to published reports.

Two Austrian newspapers reported Tuesday that Samra Kesinovic, 18, was murdered. One of the newspaper reports cited a Tunisian woman who lived with Kesinovic and her friend, Sabina Selimovic, before managing to escape.

The Austrian government declined to comment on the reports, with Foreign Ministry spokesman Thomas Schnoll saying, "We cannot comment on individual cases."

Kesinovic and Selimovic have now both been reported killed since they left their home city of Vienna to join ISIS in April 2014. Late last year, David Scharia, an expert on the U.N. Security Council's counterterrorism committee, said he had been told that one of the girls was killed during fighting in Syria, while the other had disappeared.

The Osterreich tabloid reported that Selimovic was killed in December of last year.

At the time of their disappearance, they left a note for their families saying "Don’t look for us. We will serve Allah and we will die for him." The Daily Telegraph reported that Kesinovic confirmed in a phone call to her sister that she had joined up with the terror group.

In October, it was reported that both girls had grown weary of ISIS' strict enforcement of Islamic law and had written to their families saying that they wanted to return home. The girls' families have made no public comment on the latest report of their deaths.

Both girls' families settled in Vienna after fleeing Bosnia-Herzegovina to escape that country's war during the 1990s.