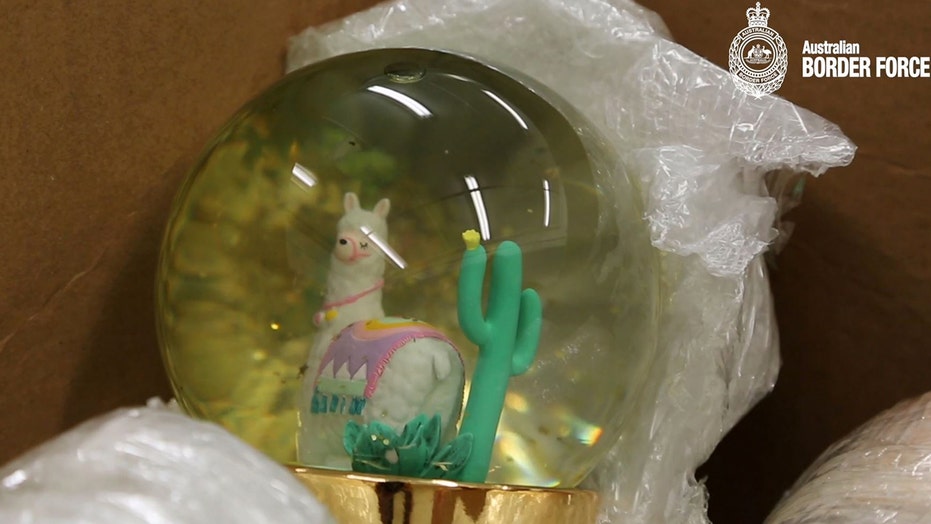 Australian authorities discovered more than $1 million worth of liquid crystal meth that was transported in from Canada — via snow globes.

The 15 snow globes were targeted for inspection in Sydney, where Australian Border Force (ABF) officers X-rayed and examineded the package, and determined that liquid inside the traditional holiday decoration as "a positive result for methamphetamine."

The "sinister souvenirs," as ABF recently described them in a news release, were bubble-wrapped and placed in a box. The snow globes shown by officials appeared to showcase animals — including a llama next to a cactus, and a sloth hanging from a tree.

Investigators said that the technology used to find the crystal meth allows officers to "see further into every package than ever before."

“Our officers continue to prove, time and time again, that criminals who attempt to hide these substances in new and imaginative ways are wasting their time," Danielle Yannopoulos, a regional ABF commander in New South Wales, said in a statement. "It doesn’t matter how clever you think your concealment is — we can find it.”

The agency didn't announce any arrests connected to the snow globes.