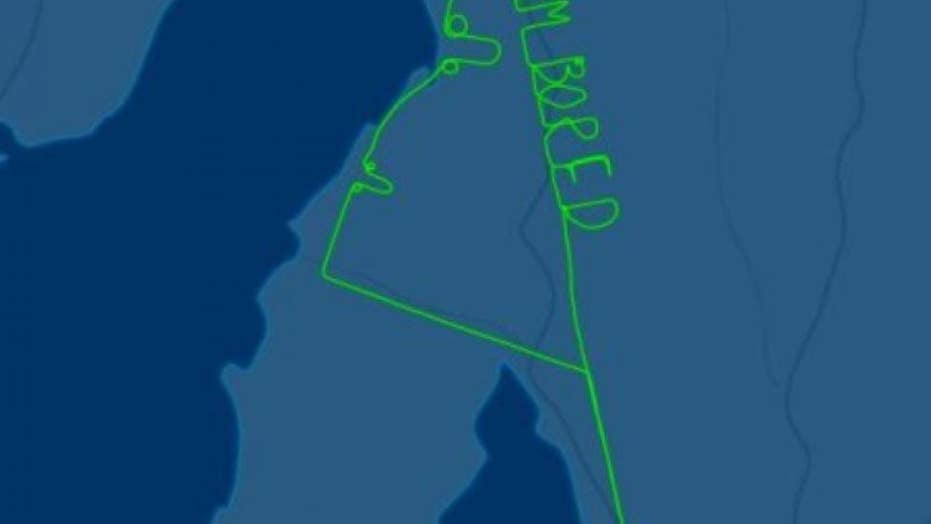 An Australian pilot spells out the words, 'I’m Bored' during a 2-hour test flight

An Australian pilot, unenthused with the task of a 2-hour test flight, spelled out the words, “I’m Bored,” on his tracking device Tuesday morning.

The message, which was reportedly “dozens of kilometers” long and flown over Adelaide in South Australia, was seen by aviation followers, but not visible to anyone on the ground. FlightAware captured an image of the pilot’s message which was “drawn” between approximately 9:00 a.m. and noon.

The pilot, who has only been identified in local media as a “young pilot,” was reportedly tasked with testing out a single propeller aircraft at a single speed for two hours in preparation for its sale, Adelaide Now reported.

Flight Training Adelaide director Pine Pienaar said it’s unlikely the pilot will be disciplined for his actions and that “apparently he got bored.”

“Young instructors, what can you do?” Pienaar said.