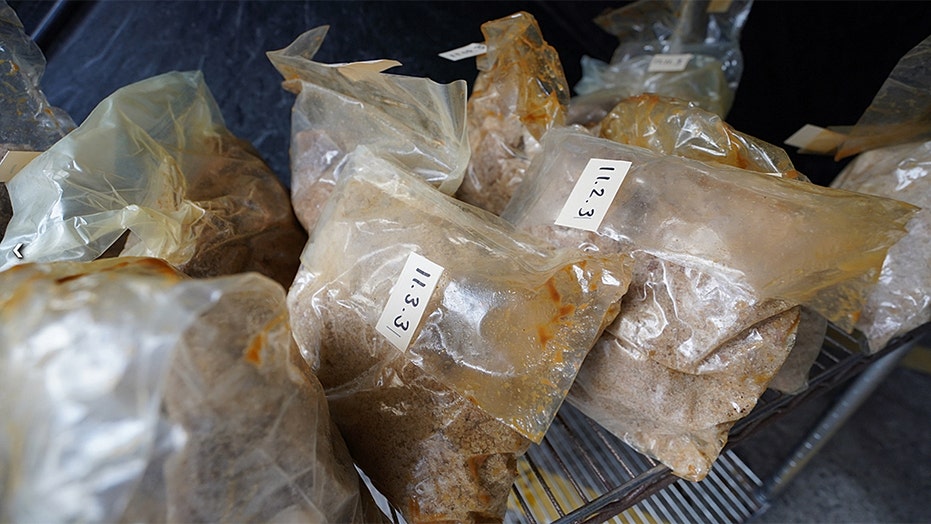 Almost 1,700 pounds of MDMA and 440 pounds of crystal meth have been seized by authorities in Australia and New Zealand — one of the most "significant drug seizures" in Australian history, leading to six arrests and is connected to several countries.

The drugs, worth a "conservative" estimate of $60 million, were seized as part of a "broader investigation" into international organized crime, Queensland Police said.

Authorities believe the crystal meth, seized in New Zealand last week, and MDMA — "the highest purity recorded in Queensland" that was uncovered on Tuesday — were going to be put into pill and capsule form and sold throughout Australia.

Nearly 1,700 pounds of MDMA was seized in Australia as part of one of the largest drug busts in the region's history. (Queensland Police)

“We believe the drug would have been diluted with other agents and had the potential to make between six and 12 million capsules," Jon Wacker, detective superintendent with Queensland Police, said in a news release. "Organized crime syndicates are making a significant profit at the expense of our Australian community but more importantly they are placing our young people’s health at risk."

At least six people have been arrested in connection with the drugs, and a seventh person is being sought by authorities. Those arrested include four male U.K. citizens, ages 40, 51, 60 and 49, a 26-year-old Australian man and a 51-year-old woman. An arrest warrant was issued for a 42-year-old man in New South Wales.

It's estimated that more than 2,400 pounds of MDMA are used in Australia each year, according to Katie Willis, of the Australian Criminal Intelligence Commission. "Removing [1,710 pounds] of MDMA before it reaches our streets will have an immeasurable impact on the illicit MDMA market,” she said.