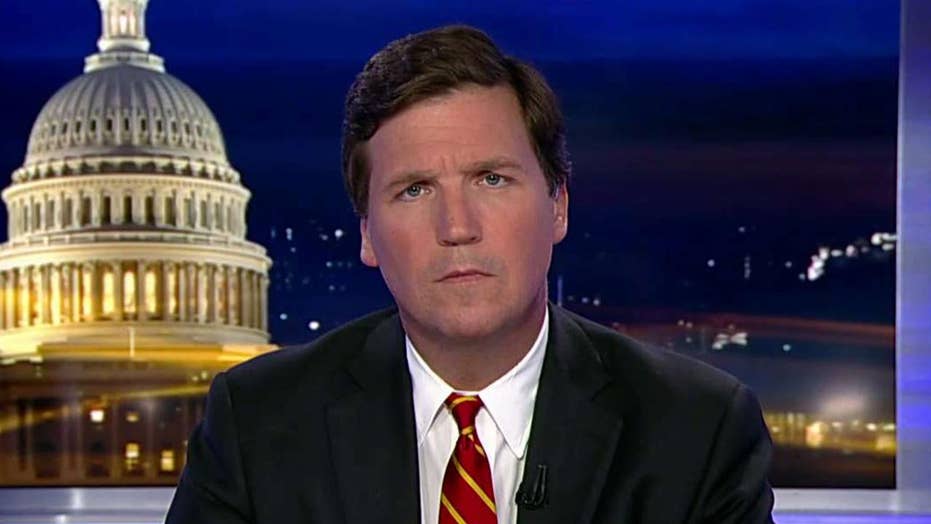 Tucker: Why are questions avoided about US in Syria?

Tucker: Why are the media and politicians in Washington ignoring basic, real questions aboutg possible U.S. involvement in a war with Syria? #Tucker

The Russian military on Thursday said the Syrian government is in control of town on the outskirts of Damascus that was the site of suspected chemical attack over the weekend.

The situation in the town of Douma is “normalizing,” the Russian Defense Ministry said in a statement. There was no immediate confirmation or indication from Assad’s government that Syrian troops entered the once-rebel-held town of Douma on Thursday.

More than 13,500 Syrian rebel fighters and their families have left Douma this month under a so-called evacuation deal between the rebels and the Russian military, a top ally of Syrian President Bashar Assad’s government.

The Russian ministry says 1,500 left the town in the past 24 hours.

The alleged chemical attack led to fierce rhetoric between the U.S. and Russia.

Trump tweeted on Wednesday: “Russia vows to shoot down any and all missiles fired at Syria. Get ready Russia, because they will be coming, nice and new and ‘smart!’ You shouldn’t be partners with a Gas Killing Animal who kills his people and enjoys it!”

Defense Secretary Mattis, however, indicated that evidence of what happened was still being studied. At a photo-taking session during a Pentagon meeting with his Dutch counterpart, Mattis was asked by a reporter whether he had seen enough evidence to blame the Syrian government.

“We’re still assessing the intelligence, ourselves and our allies,” Mattis said. “We’re still working on this.”