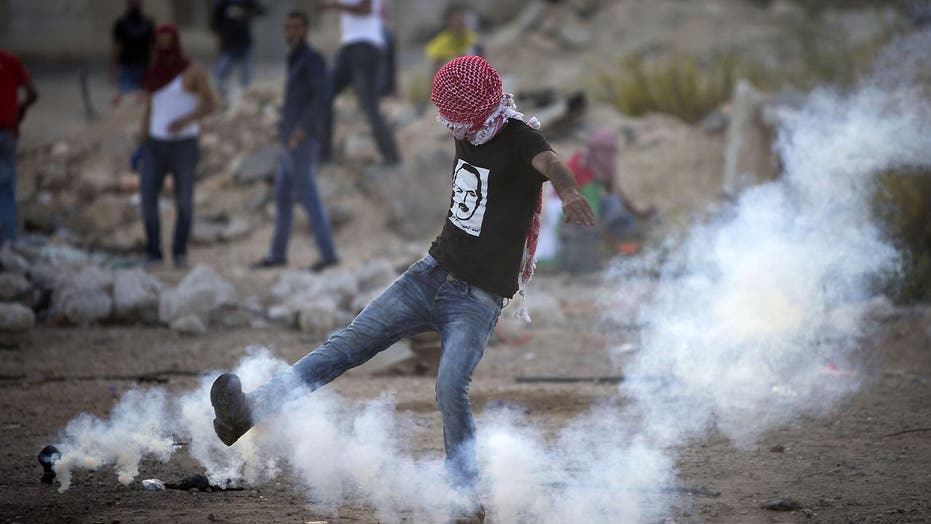 False rumors about Israel's designs on a site held sacred by both Jews and Muslims helped trigger the bloody wave of attacks plaguing Jerusalem, but a tangible plan by six Arab nations to purge the Jewish State's claim to its holiest location will be voted on Wednesday by the United Nations' cultural arm.

A UN draft decision circulated by Algeria, Egypt, Kuwait, Morocco, Tunisia and the United Arab Emirates reviewed by FoxNews.com “affirms that the Buraq Plaza is an integral part of the Al-Aqsa Mosque” –  a statement that would specifically fold the Jewish Western Wall into Islamic domain on the Temple Mount.

“This is a clear endeavor to distort history, in order to erase the connection between the Jewish People and its holiest site, and to create a false reality,” the Ministry of Foreign Affairs said in a Monday statement.

“This is a clear endeavor to distort history"

The glut of recent attacks by Palestinian terrorists is partially a reaction to unsubstantiated rumors that Israel sought to change the status quo at the Temple Mount, a location of iconic Jewish and Muslim structures which is overseen by an Islamic trust known as the Waqf. Ironically, Arab countries responded to the rumors of a status quo shift with a concrete proposal for a status quo shift.

The Western Wall is a remnant of a retaining wall that supported the second Jewish temple. Jews are not permitted to pray on the Temple Mount by rabbinic decree, so the Western Wall is the closest they can venture to their most hallowed grounds.

A vote had initially been expected Tuesday in Paris, but UNESCO Director General Irina Bokova sought to delay it. The Bulgarian diplomat, who could be a candidate for UN Secretary General when the position opens up, issued a statement Tuesday saying she “deplores the recent proposals under discussion by the UNESCO Executive Board that could be seen to alter the status of the Old City of Jerusalem and its Walls, inscribed on UNESCO’s World Heritage list, and that could further incite tensions.”

The statement adds: “The protection of cultural heritage should not be taken hostage.”

The five-page draft decision, which only acknowledges the Jewish state as “Israel, the Occupying Power,” was circulated by the six Arab states because Palestine is not a member of the UNESCO Executive Board. The portion that would push the Western Wall into Islam’s purview is only a sentence on the second page. Much of the rest of the document largely blames Israel for past and present violence and further stresses an Islamic claim to everything on the Temple Mount.

The final page attempts to strengthen Palestinian links to other contested areas by reaffirming traditional burial sites for several major biblical figures claimed by both Jews and Muslims “are an integral part of Palestine.”

UNESCO initially approved a resolution designating Rachel’s Tomb in Bethlehem and the Tomb of the Patriarchs in Hebron as “integral” parts “of Palestine” in 2010. That decision prompted Prime Minister Benjamin Netanyahu to ask, “If the places where the Jewish nation’s forefathers and mothers – Abraham, Isaac, Jacob, Sarah, Rebecca, Leah and Rachel – were buried 4,000 years ago is not part of the Jewish nation’s heritage, then what is a heritage site?”