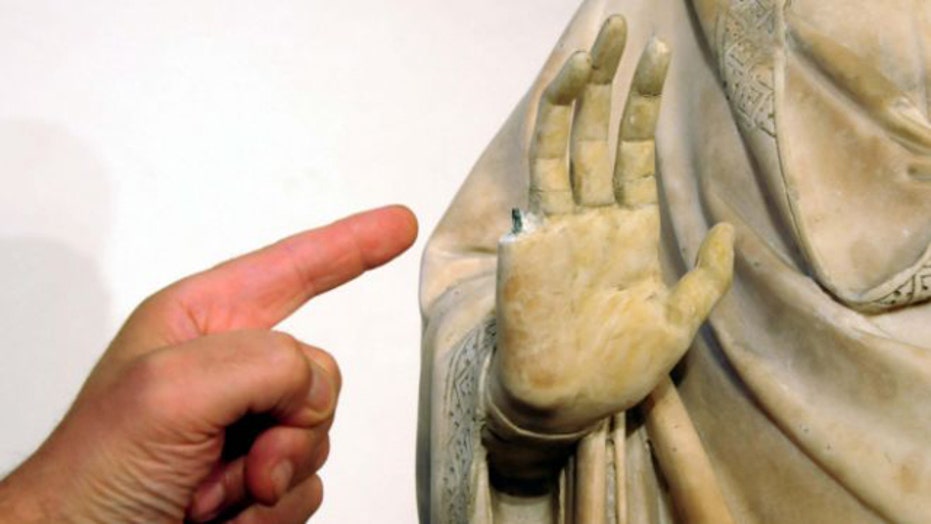 An American tourist has drawn the ire of Italians after he reportedly knocked a finger off a 600-year-old statue at a museum.

The man was reportedly trying to measure the statue and put his own hands on it. A security guard noticed too late to stop him.

"In a globalized world like ours, the fundamental rules for visiting a museum have been forgotten; that is, 'Do not touch the works,’” the museum’s head, Timothy Verdon, who is also an American, told the New York Daily News.

Museum officials tell the paper they are not sure how long the restoration should take, but it should be a fairly simple procedure. The finger was not the statue's original.

The tourist, who was there with three other people, apologized and was reportedly “very disappointed.”

Click for more from The New York Daily News.