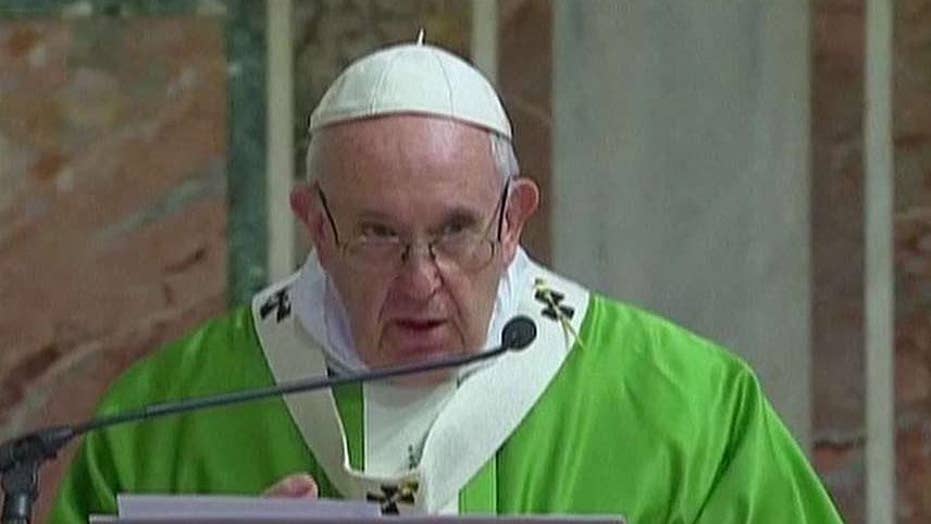 A history professor who, as founder of the Vatican women’s magazine, was among the most high-profile females at the Holy See, has quit because of what she described as sexist working conditions.

The all-female editorial board of the magazine, called "Women Church World", also quit.

The women said that the treatment of them as second-class citizens grew worse when they drew attention to sexual abuse of nuns by clergy.

"We are throwing in the towel because we feel surrounded by a climate of distrust and progressive de-legitimization," Scaraffia wrote.

Scaraffia told the AP that the decision was taken after the new editor of L'Osservatore, Andrea Monda, told her earlier this year he would take over as editor. She said he reconsidered after the editorial board threatened to resign and the Catholic weeklies that distribute translations of "Women Church World" in France, Spain and Latin America, told her they would stop distributing.

MEXICO ASKS VATICAN, SPAIN TO APOLOGIZE FOR CENTURIES-OLD CONQUEST, SAYS IT WAS CARRIED OUT WITH 'SWORD AND CROSS'

Lucetta Scaraffia, the magazine's founder, wrote an open letter to Pope Francis, saying they felt "surrounded by a climate of distrust and progressive de-legitimization" (AP)

"After the attempts to put us under control, came the indirect attempts to delegitimize us," she said, citing other women brought in to write for L'Osservatore "with an editorial line opposed to ours."

The effect, she said, was to "obscure our words, delegitimizing us as a part of the Holy See's communications."

POPE FRANCIS: WHAT THE VIRGIN MARY CAN STILL TEACH US ABOUT MOTHERHOOD AND WOMEN IN OUR MODERN AGE

Monda denied accusations that he sought to discredit the female editors. He said in a statement that he fully respected the autonomy of the women's insert.

He said at most that he suggested ideas and people to contribute to "Women Church World."

Scaraffia launched the monthly insert in 2012 and oversaw its growth into a stand-alone Vatican magazine as a voice for women, by women and about issues of interest to the entire Catholic Church. "Women Church World" had enjoyed editorial independence from L'Osservatore, even while being published under its auspices.

In the final editorial, the editorial board said the "conditions no longer exist" to continue working with L'Osservatore, citing its initiatives with other women contributors.

The departures are the latest upheaval in the Vatican's communications operations, following the abrupt Dec. 31 resignations of the Vatican spokesman and his deputy over strategic differences with Paolo Ruffini, prefect of the dicastery for communications.

Scaraffia, a history professor and journalist, is an avowed feminist who nevertheless toed the line on official doctrine. That doesn't mean she didn't ruffle feathers with her frequent lament that half of humanity -- and the half most responsible for transmitting the faith to future generations -- simply is invisible to the men in charge of the Catholic Church.

She stoked uproar in February when she denounced the sexual abuse of nuns by clergy and the resulting scandal of religious sisters having abortions or giving birth to children who are not recognized by their fathers.

The article prompted Francis to subsequently acknowledge, for the first time, that it was a problem and that he was committed to doing something about it.