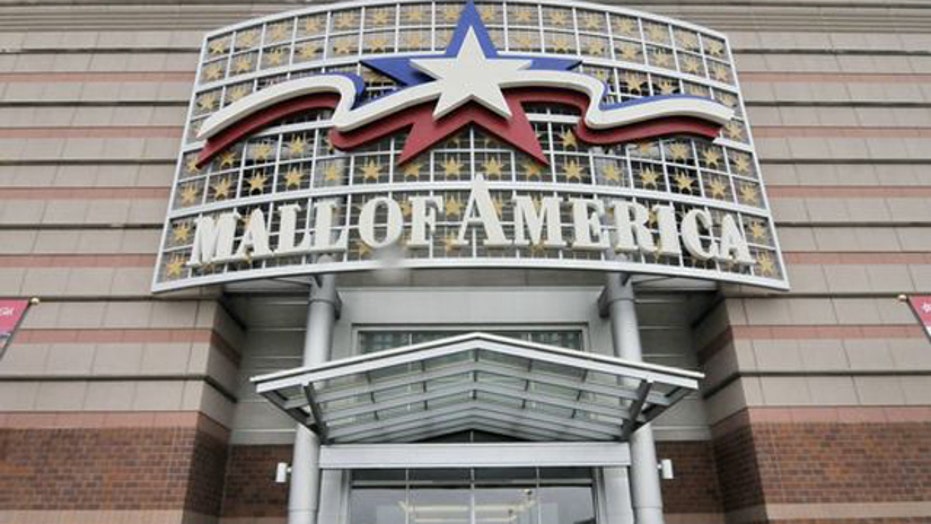 How safe are America's malls after Al Shabaab threat?

A new video from Al Shabaab purportedly shows the terror group calling for an attack on Mall of America, in Bloomington, Minn.

According to Fox 9, the mall is one of three similar targets the terror group specifically names, including West Edmonton Mall in Canada and the Oxford Street shopping area in London.

The video purportedly shows 6 minutes of graphic images and the terrorists celebrating the 2013 Westgate Mall attack in Nairobi, Kenya, that killed more than 60 people.

The narrator, his face wrapped in a black-and-white kaffiyeh-type scarf and wearing a camouflage jacket, spoke with a British accent and appeared to be of Somali origin. He accused Kenyan troops in Somalia of committing abuses against Somali Muslims.

He ended the video by calling on Muslim men to attack other shopping malls in Western countries.

An image of the Mall of America is shown in the video, alongside its GPS coordinates. The mall says it is ramping up its security in response.

U.S. authorities said there was "no credible" evidence suggesting a U.S. mall attack was in the works.

"We will continue to monitor events with the help of federal, state and local law enforcement agencies," Mall of America said in a statement. "As always, we take any potential threat seriously and respond appropriately. Mall of America has implemented extra security precautions, some may be noticeable to guests, and others won't be. We will continue to follow the situation, along with law enforcement, and will remain vigilant as we always do in similar situations."

Jim Kallstrom, the former assistant director of the FBI’s New York office, said the FBI has a “huge job in front of them.

“You look at the Mall of America, you look at all the malls then you start to backtrack and say you know it would be nice if we knew what comes and goes into the country,” Kallstrom told Fox News on Sunday. “We don’t have a clue.”

The Department of Homeland Security and FBI issued a joint statement Sunday saying that both agencies were aware of the video.

"In recent months, the FBI and DHS have worked closely with our state and local public safety counterparts and members of the private sector, to include mall owners and operators, to prevent and mitigate these types of threats," the statement read.

Homeland Security Secretary Jeh Johnson said on NBC's Meet The Press that “there needs to be an awareness.

"We're in a new phase now, and I'm afraid that this most recent video release reflects that," Joshnson said during an appearance on ABC's This Week.

One Islamic extremist rammed an explosives-laden vehicle into the gate of the Central Hotel, and another went in and blew himself up, a statement from Prime Minister Omar Abdirashid Ali Sharmarke's office said.

Government officials were meeting at the Central Hotel at the time, and the statement said Mogadishu's deputy mayor and two legislators were among the dead. It was unclear whether the government's report of 25 dead included the two bombers.

Despite the loss of key strongholds in Somalia, Al Shabaab, which is linked to Al Qaeda, continues to stage attacks in the capital, Mogadishu, and elsewhere.

The group, designated as a terrorist organization by the State Department in 2008, has close ties to Al Qaeda through its senior leaders. It has attracted several radical volunteers from Minneapolis and Americans began traveling to Somalia in 2007 to join the group.

Somalia's president, Hassan Sheikh Mohamud, condemned the Friday attack and said it would not derail efforts by his government to restore peace to Somalia, which is recovering from decades of war.

This is the second attack on a hotel in Mogadishu in less than a month. On Jan. 22, three Somali nationals were killed when a suicide car bomber blew himself up at the gate of a hotel housing the advance party of the Turkish President Recep Tayyip Erdogan, who visited the country days later.

Al Shabaab controlled much of Mogadishu during the years 2007 to 2011, but was pushed out of Somalia's capital and other major cities by African Union forces.

In Kenya, the government dismissed the Al Shabaab video.

"Muslims also died in the Westgate attack. It's in our interest to ensure Somalia is stabilized because the instability affects us. The video is cheap propaganda trying to re-write history and to get more support from those support them."