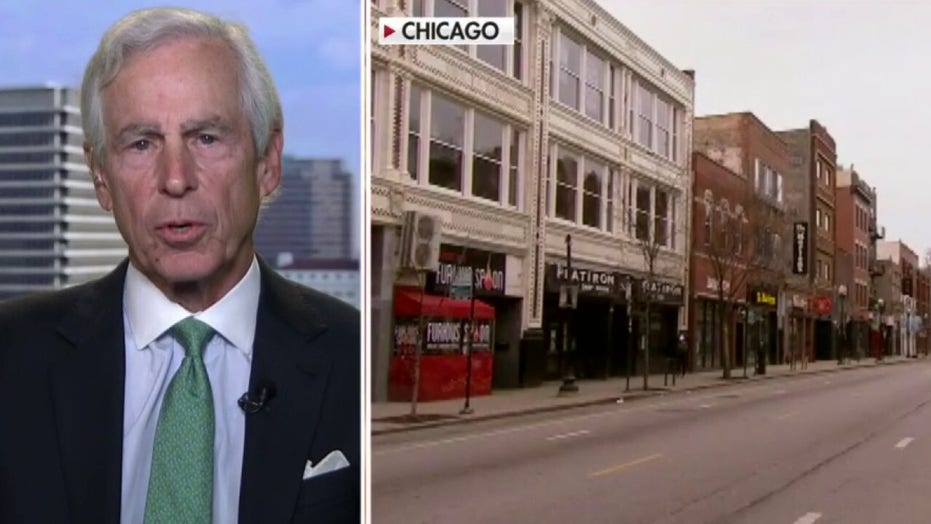 African leaders are warning of an economic collapse if financial assistance isn’t provided to the millions of people out of work because of the novel coronavirus.

More than half of Africa's 54 countries have imposed lockdowns, curfews, travel bans or other measures in a bid to prevent local transmission of the virus.

A woman, wearing a protective mask as a precaution against the spread of the new coronavirus, carries her shopping as she walks on the street in Johannesburg, South Africa. (AP)

"The African labor market is driven by imports and exports and with the lockdown everywhere in the world, it means basically that the economy is frozen in place,” Ahunna Eziakonwa, the United Nations Development Program regional director for Africa, told The Associated Press. "And with that, of course, all the jobs are gone."

With some governments saying they're unable to offer direct support, the fate of Africa's large informal sector could be a powerful example of what experts predict will be unprecedented damage to economies in the developing world.

Unless the virus' spread can be controlled, up to 50 percent of all projected job growth in Africa will be lost as aviation, services, exports, mining, agriculture and the informal sector all take a hit, Eziakonwa said.

"We will see a complete collapse of economies and livelihoods. Livelihoods will be wiped out in a way we have never seen before," she warned.

U.N. Economic Commission for Africa (UNECA) chief Vera Songwe said in March that Africa may need up to $10.6 billion in unanticipated increases in health spending, and revenue losses could lead to debt becoming unsustainable.

The International Monetary Fund said it has received requests for emergency financing from some 20 African countries, with requests from an additoinal 10 or more likely to follow. The IMF has since approved credit facilities for at least two West African nations facing virus-related economic disruption.

UNECA has called for emergency actions to protect 30 million jobs immediately at risk across Africa, particularly in the tourism and airline sectors, saying the continent will be hit harder than others with an economic toll that will exacerbate "current fragilities."

Noting that "the rich countries are unlocking staggering sums" to stimulate their economies, Benin's President Patrice Talon said that his West African country, "like most African countries, does not have these means."