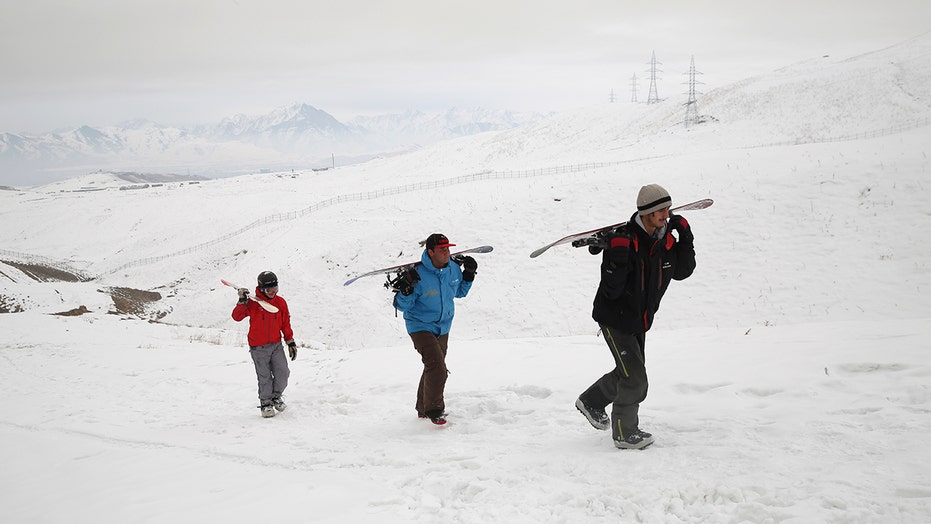 A series of avalanches struck a central province in Afghanistan on Thursday, killing at least 21 people, authorities said Friday.

According to Ahmad Tameem Azimi, spokesman of the ministry for disaster management, seven people remain missing following the avalanches in central Daykundi province on Thursday while 10 were injured.

The 21 killed were all from two families in the area, Azimi said. At least 50 houses were destroyed. Azimi added that search-and-rescue teams have been working since Thursday to find the missing and help the victims.

He said the death toll was expected to climb with cold weather and difficult conditions hampering rescue efforts. Most highways have been closed for weeks, due to heavy snowfall and fears of avalanches.

In this Friday, Jan. 24, 2020, photo, a group of snowboarders hike up the snow-covered hillside known as Kohe Koregh, on the outskirts of Kabul, Afghanistan. While Afghanistan’s capital may seem an unlikely destination for snowboarders, a group of young Afghans is looking to put the city on the winter sports map and change perceptions about their war-weary nation. (AP Photo/Rahmat Gul)

This winter in Afghanistan has been harsh, with heavy snowfall, avalanches, and flash flooding. Thursday's deaths bring the death toll from avalanches and flash floods in the country in the past two months to 72. Scores have also been injured and 2,400 houses have been swept away in flash floods since the start of winter.

Afghanistan has suffered through more than four decades of war and conflict since the Soviet invasion in 1979. But natural disasters such as landslides, floods and avalanches have also taken a heavy toll on a country with little infrastructure or development outside of its major cities. Environmental degradation has also worsened the problems.