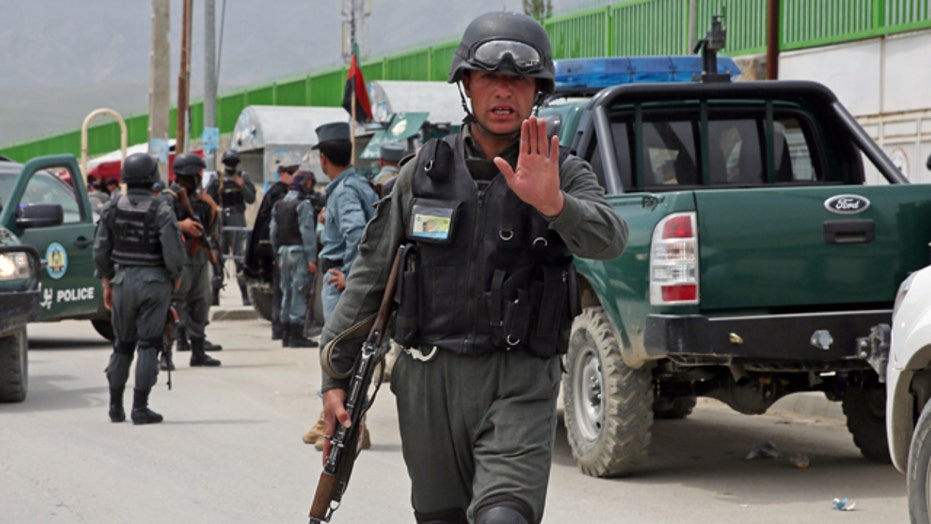 New safety concerns after 3 US doctors killed in Afghanistan

Vulnerability of region a concern as America reduces troop presence

The U.S. Embassy in Afghanistan confirmed Thursday that three American doctors -- including a father and son -- were killed by an Afghan security guard who opened fire at a Kabul hospital.

"With great sadness we confirm that three Americans were killed in the attack at CURE Hospital," said a statement posted on the Embassy's Twitter page. "No other information will be released at this time."

The shooting was the latest in a string of deadly attacks on foreign civilians in the Afghan capital this year.

Two of the dead Americans were a father and son, Minister of Health Soraya Dalil said, adding that the third American was a Cure International doctor who had worked for seven years in Kabul.

One of the doctors has been identified as Dr. Jerry Umanos, who practiced pediatric medicine at Lawndale Christian Health Center in Chicago, officials from the center said.

Dalil said an American nurse also was wounded in the attack.

"A child specialist doctor who was working in this hospital for the last seven years for the people of Afghanistan was killed, and also two others who were here to meet him, and they were also American nationals, were killed," Dalil said. "The two visitors were father and son, and a woman who was also in the visiting group was wounded."

The alleged attacker was a member of the Afghan Public Protection Force assigned to guard the hospital, according to District Police Chief Hafiz Khan. He said the man's motive was not yet clear.

"The shooter, who was not an employee of CURE, has been identified as a member of the security detail assigned to the hospital, shot himself after the attack," CURE Hospital said in a statement.  "He was initially treated at the CURE Hospital and has now been transferred out of our facility into the custody of the government of Afghanistan."

"Five doctors had entered the compound of the hospital and were walking toward the building when the guard opened fire on them," Torkystani said. "Three foreign doctors were killed."

According to its website, the Cure International Hospital was founded in 2005 by invitation of the Afghan Ministry of Health. It sees 37,000 patients a year, specializing in child and maternity health as well as general surgery. It is affiliated with the Christian charity Cure International, which operates in 29 countries with the motto "curing the sick and proclaiming the kingdom of God."

The attacker had emerged from surgery in the afternoon and was in recovery at Cure International before being questioned, Dalil added.

The Afghan capital has seen a spate of attacks on foreign civilians in 2014, a worrying new trend as the U.S.-led military coalition prepares to withdraw most troops by the end of the year.

It was unclear whether the Taliban were behind Thursday's shooting, though the insurgents have claimed several major attacks that killed foreign civilians this year, an escalation after years of mostly targeting foreign military personnel and Afghan security forces.

In January, a Taliban attack on a popular Kabul restaurant with suicide bombers and gunmen killed more than a dozen people, while in March gunmen slipped past security at an upscale hotel in the Afghan capital and killed several diners in its restaurant. Two foreign journalists were killed and another wounded in two separate attacks.

The hospital shooting is also the second "insider attack" by a member of Afghan security forces targeting foreign civilians this month.