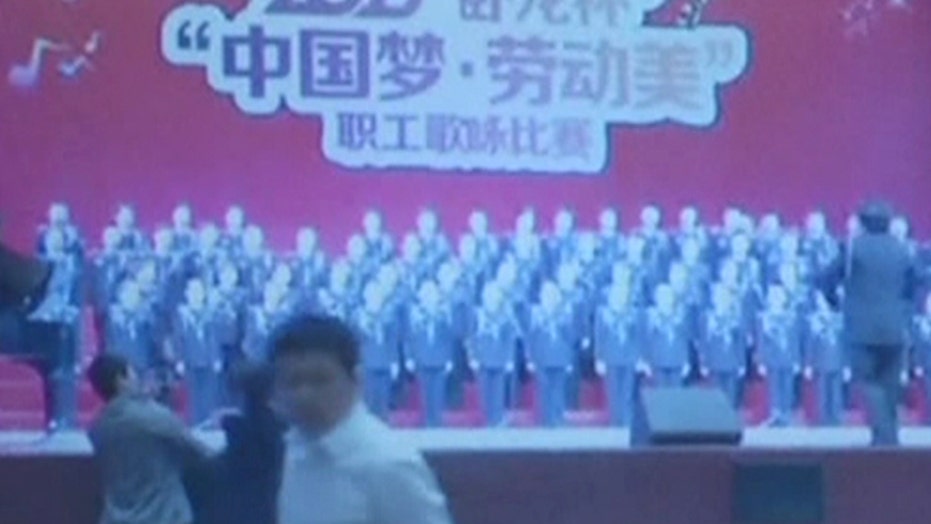 Some 80 singers were rehearsing on the stage in the grand theater of Bijie city when the accident occurred, Chinese Central Television (CCTV) reported.  All the singers suddenly and quickly descended with the falling stage, disappearing from sight. Only a conductor was left standing.

Medical workers rushed to help. The collapse caused eight injuries, two of them serious. Authorities are investigating the cause of the incident.