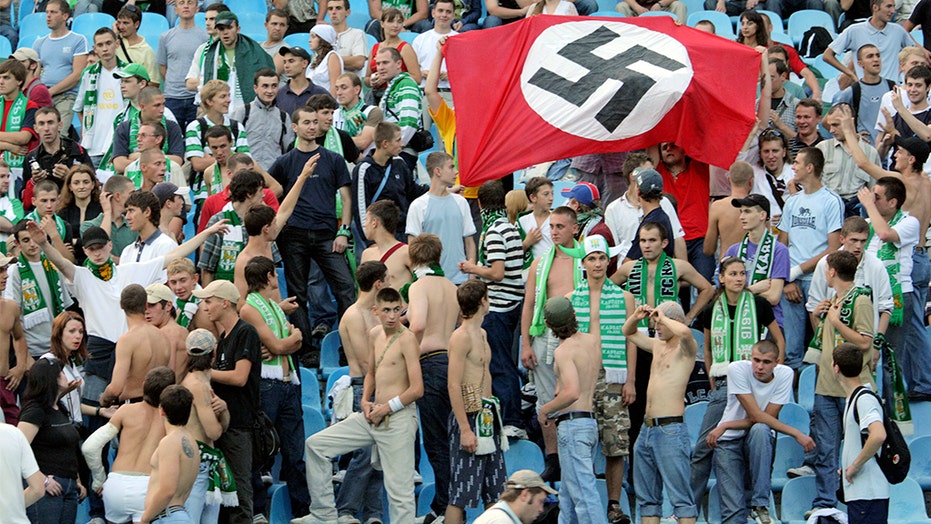 A new survey shows about one in four Europeans holding anti-Semitic beliefs, with such attitudes on the rise in Eastern and Central European countries.

The poll of 14 countries released Thursday by the New York-based Anti-Defamation League (ADL) found that such views have held mostly steady in Western Europe.

“It is deeply concerning that approximately one in four Europeans harbor the types of anti-Semitic beliefs that have endured since before the Holocaust,” ADL CEO Jonathan Greenblatt said.

“These findings serve as a powerful wake-up call that much work remains to be done to educate broad swaths of the populations in many of these countries to reject bigotry, in addition to addressing the pressing security needs where violent incidents are rising.”

In the Eastern and Central European countries surveyed, the stereotype of “Jewish power” in business and the idea that Jewish people are more loyal to Israel than to their own country are especially widespread, according to the findings, which added that many people in those countries also believe that Jews still talk too much about the Holocaust.

The poll, which was fielded between April and June 2019, found anti-Semitic attitudes most prevalent in Poland, Ukraine and Hungary, with more than 40% of the respondents in each country expressing such views.

Polish MP Michal Kaminski poses as he displays a front page of Tylko Polska newspaper with headline "How to Spot a Jew" in Warsaw, Poland March 13, 2019.  (Agencja Gazeta/Slawomir Kaminski via REUTERS)

The ADL noted that when asked if they agreed with the statement that “Jews have too much power in the business world,” 72 percent of Ukrainians agreed, as did 71 percent of Hungarians and 56 percent of people from Poland.

Supporters of Karpaty Lviv hold a German Nazi flag with a swastika as they attend a soccer match against Dynamo Kiev in Kiev August 19, 2007. Poland and Ukraine denounced British press allegations of racism and mob violence at soccer stadiums. (REUTERS/Stringer/Files)

Recently the governments of all three countries have been criticized by Jewish groups, though all deny being anti-Semitic.

Hungary's police detained Gyula Zagyva, representative of the far right Jobbik party, in the Hungarian Parliament August 12, 2011. Zagyva had protested against the international rock fesztival Sziget, joining the another far right movenment that used anti-Semitic slurs against the festival.  (REUTERS/Stringer)

In a statement sent to Fox News, Oleg Nikolenko, a spokesperson for the Permanent Mission of Ukraine to the United Nations said, “The Ukrainian society does not tolerate any forms of discrimination. Anti-Semitism is a crime in our country. All instances that occur are subject to a thorough investigation by the law enforcement agencies.”

“How can Ukraine be mentioned as ‘one of the most anti-Semitic,’ if in April 2019 the Ukrainian people by the overwhelming majority (73 percent) elected a President of Jewish ancestry? The previous Prime Minister, who left the office in August 2019, was a Jew too, making Ukraine the first country outside Israel with [a] Jewish President and PM [Prime Minister],"  Nikolenko said.

“Claims about prevalent anti-Semitic attitudes have nothing to do with reality.”

In a statement sent to Fox News from The Permanent Mission of Hungary to the United Nations, Máté Paczolay, with the Ministry of Foreign Affairs and Trade of Hungary, said, “We reject all claims and accusation that brands Hungary as an anti-Semitic country.”

“The Government of Hungary is devoted to fight against anti-Semitism. We announced a ’zero tolerance’- policy against crimes related to anti-Semitism and considered Holocaust denial a crime under the Criminal Code Hungary,” Paczolay said in the statement.

Paczolay also noted that in 2019, “Budapest hosted the most significant multisports [sic]-event of the Jewish world, the ’Maccabi Games.’”

“This could not have been possible without the organizers deeming Hungary a safe and secure destination for Jewish athletes and for the thousands of supporters,” he said.

He also pointed out that Hungary has argued on many occasions on behalf of Israel in the European Union and the U.N., “using its veto against decisions and motions condemning Israel.”

The Permanent Mission of Poland to the United Nations and The Embassy of the Republic of Poland in Washington, D.C. did not immediately respond to Fox News’ request for comment.

Italy and Austria both posted significant decreases, according to the survey, which noted that in Italy, anti-Semitic attitudes fell 11 percent and in Austria they decreased 8 percent.

Overall, such attitudes remained virtually unchanged in Belgium, Germany and Denmark, according to the ADL.

The study found anti-Semitic views were either stable or down in western Europe and reported decreases in Spain, Netherlands, Italy and Britain. France was also unchanged and Sweden had the lowest rate, at 4 percent.