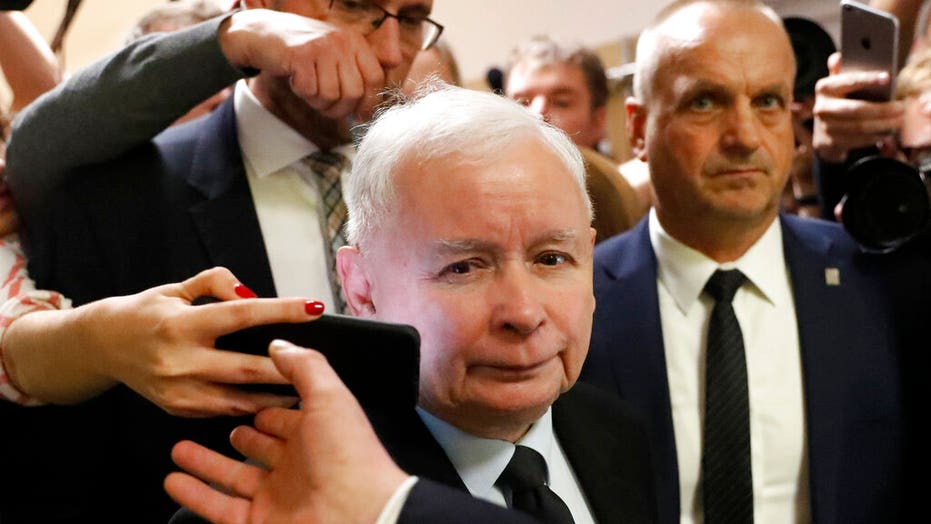 More than 30 million voters were choosing lawmakers in the 460-seat lower house of parliament, the Sejm, and in the 100-seat Senate.

An exit poll, conducted by the research firm Ipsos, projected that Law and Justice won 43.6 percent of the votes. That would translate into 239 seats, a majority in the 460-seat lower house of parliament.

The exit poll said a centrist pro-European Union umbrella group, Civic Coalition, would come in second with 27.4 percent. The biggest party in the coalition is Civic Platform, which governed Poland in 2007-2015.

Other parties projected to surpass the 5 percent threshold to get into parliament were a left-wing alliance with 11.9 pecent, the conservative agrarian Polish People's Party with 9.6 percent and a new far-right alliance called Confederation with 6.4%.

Law and Justice is the first party since the fall of communism to break with the austerity of previous governments, whose free-market policies took a moribund communist economy and transformed it into one of Europe's most dynamic.

Critics fear that four more years for the party will reverse the democratic achievements of this Central European nation, citing an erosion of judicial independence and of minority rights since the party took power in 2015.

Law and Justice's overhaul of the judicial system has given the party unprecedented power over Poland's courts. The EU has repeatedly warned that the rule of law is threatened and has sanctioned the country, preventing some of the changes, but not all.

Official results of Sunday's election are not expected until early in the week.