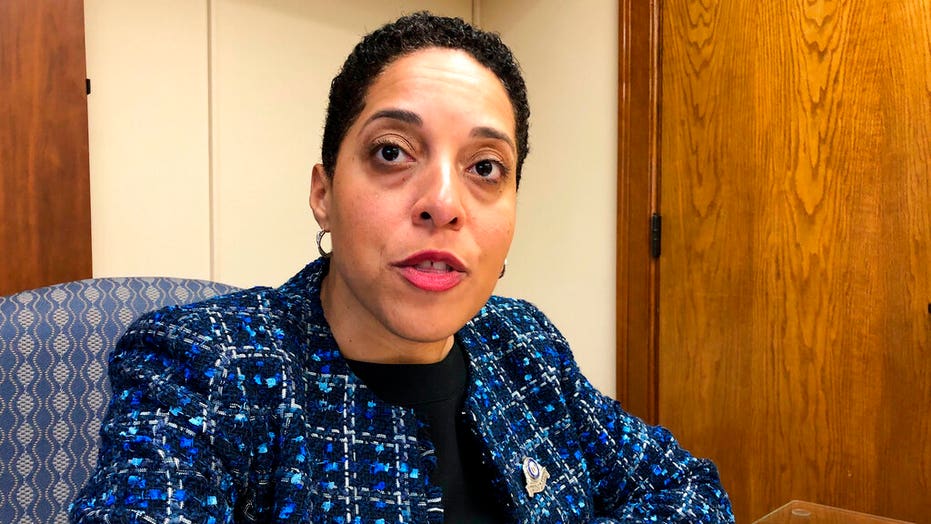 St. Louis Circuit Attorney Kim Gardner filed a federal civil rights lawsuit Monday over what she claims was a racist conspiracy by city officials and the local police union to remove her from office.

Gardner, who is black, alleges civil rights violations as well as violations of the Ku Klux Klan Act of 1871. The named defendants in the lawsuits are white.

The lawsuit names the city of St. Louis; the St. Louis Police Officers Association;  the police union's business manager, Jeff Roorda; and Gerard Carmody, a special prosecutor who indicted an investigator hired by Gardner, among others.

Roorda said the police union considers the lawsuit "frivolous and without merit."

In her lawsuit, Gardner cites St. Louis' "long history of racial inequality and prejudice in its criminal justice system generally, and within its police force particularly."

She said the police union and others "have mobilized to thwart” her efforts to reform the city’s justice system by "the unprecedented appointment of a white, ethically conflicted Special Prosecutor" in an effort to oust her.

The lawsuit says the police union "has gone out of its way to support white officers accused of perpetrating acts of violence and excessive force against African American citizens." It cites Roorda's support of Darren Wilson, the white officer who was not charged but resigned after fatally shooting Michael Brown, a black teenager, in nearby Ferguson, Missouri, in 2014.

POLICE ADVOCATES TO POLITICIANS: IT’S TIME TO STOP THE ‘DEMAGOGUERY’ AND BACK AMERICA’S MEN, WOMEN IN BLUE

The lawsuit also cites how a black undercover officer was allegedly attacked by four white colleagues who mistook him for a protester during a 2017 demonstration. The police union provided lawyers after the officers were indicted by the U.S. Department of Justice.

Gardner, a Democrat, became the city's first African American circuit attorney when she was elected in 2016. Her policies were controversial from the start, but she drew her strongest criticism for hiring a private investigator, former FBI agent William Tisaby, rather than working with police to investigate claims that Greitens took a compromising photo of a woman during an extramarital affair.

The investigation led to a felony invasion of privacy charge. The charge was eventually dropped but led to Greitens’ resignation in June 2018.

The indictment also raised concerns about whether Gardner was complicit in Tisaby's alleged crimes, saying she failed to correct his inaccuracies or report them, and that she made incorrect statements to defense lawyers and a judge.

The police union's Roorda called Gardner's lawsuit "a frantic ploy to distract the public from Gardner's court-ordered deposition on Wednesday" related to the probe into Tisaby's conduct.