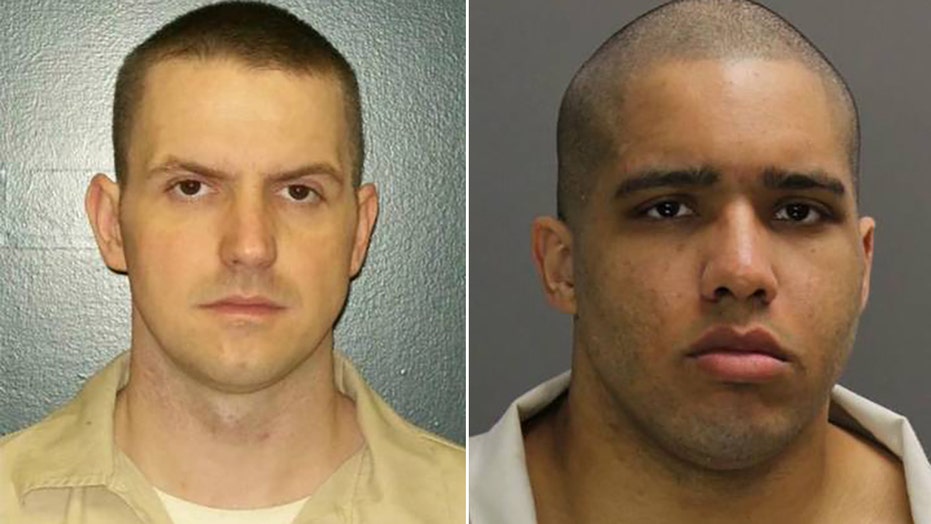 Two inmates in South Carolina – each already serving a life sentence for separate double murders – were given four more life sentences last week for killing four other prisoners in 2017 with the purported hope of landing on death row to end their time in prison.

The families of the murdered inmates didn’t want prosecutors to pursue the death penalty, which the families believed was the motive behind the killings, Deputy 5th Circuit Solicitor Dan Goldberg told The State.

“The families would rather they be in prison than give them what they wanted,” he said.

Simmons told the AP shortly after the murders that he and Philip hoped to get the death penalty, preferring to die than spend the rest of their lives in prison without the possibility of parole.  (South Carolina Department of Corrections)

The men had been serving life sentences for double murder – each having killed a woman and her child in separate incidents – when they carried out the execution-style killings.

Each victim was strangled with an extension cord — with some having also been beaten and stabbed with a broken broomstick — inside a cell in the mental health ward while the guards were away.

Goldberg gave a summary of how the inmates committed the multiple murders over the course of just 30 minutes.

In an interview with The Associated Press shortly after the killings, Simmons told how he and Philip lured their fellow inmates to their deaths in the hopes of getting the death penalty.

The families would rather they be in prison than give them what they wanted.

Simmons said Scruggs came into the cell for the promise of cookies, while they offered Ham crushed pills to snort.

“I’d always joke with [Philip] — from back in August and September and October of 2015 — that if we weren’t going to kill ourselves, that we could make a name for ourselves, so to speak, and get the death penalty,” Simmons told the AP. “The end of March of this year, he was willing to do it. So, we just planned to do it. And we did it.”

After killing the four men, Simmons and Philip went to a health care counselor and told him to check the cell. Each confessed to the murders, but neither ultimately got the death penalty.

“I did it all, I did it for nothing,” Simmons presciently told the AP at the time.