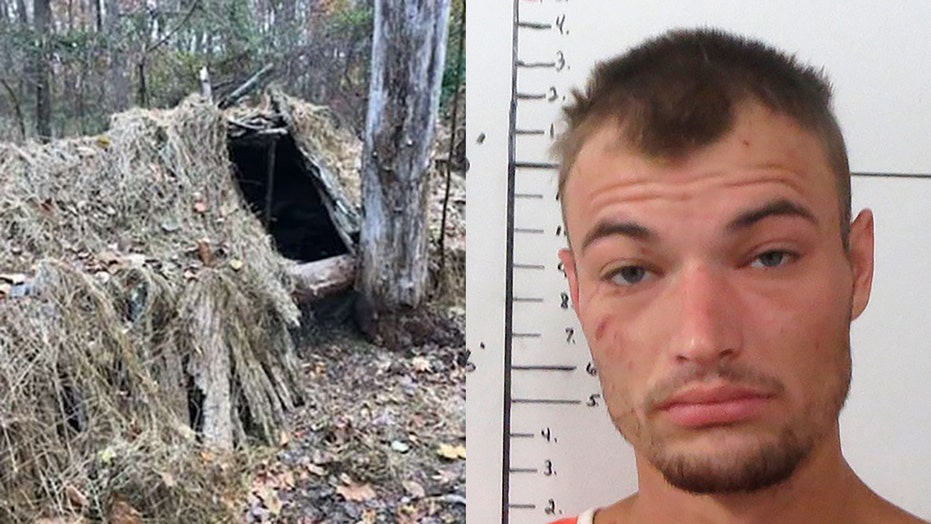 A two-time Missouri jail escapee was captured Tuesday more than 1,000 miles away in Delaware, where he was living “off the grid” in a hut in the woods, investigators said.

Drake Kately, 27, of Kansas City, Mo., was being held at the Mercer County Jail on several charges, including firearm possession and burglary, when he escaped for the second time more than two months ago, the U.S. Marshals Service said in a news release.

Kately had escaped in late August by tearing a hole in the back of his jail cell and leaving through the basement door, KTTN reported at the time.

Investigators said they found Kately living in a makeshift shelter made of foliage and vegetation. (U.S. Marshals Service)

U.S. Marshals said the agency joined the county sheriff’s investigation in early September and followed leads across several states. In mid-October, investigators narrowed their search down to New Castle, Del., where Kately was believed to have traveled with an associate who had relatives in the area.

Deputies and task-force officers combed a wooded area in nearby Wilmington, where they suspected Kately was living “off the grid.” Investigators spotted clothing hanging from a tree branch and discovered a makeshift hut made of vegetation fashioned around a fallen tree -- the escapee's hideout, they said.

Kately was taken into custody and held at the New Castle Police Department, where he was awaiting extradition to Missouri.