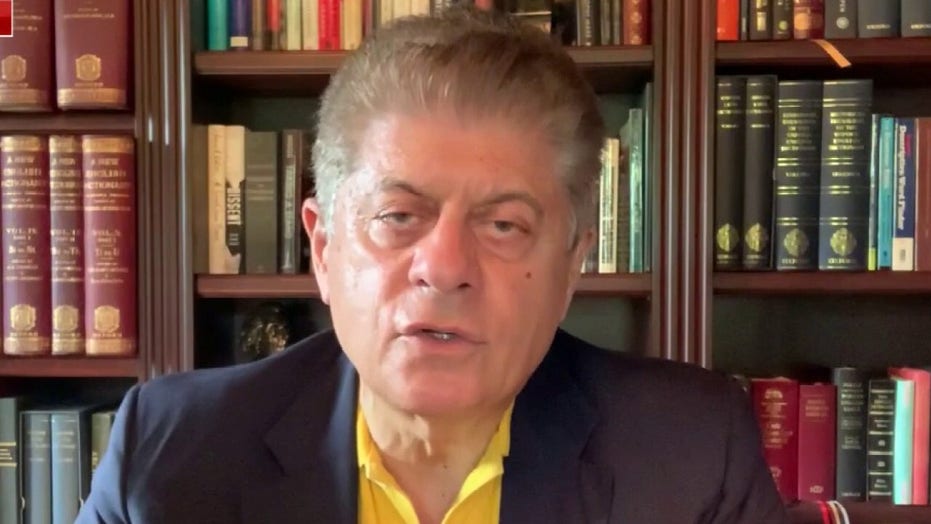 Breonna Taylor shooting: Can grand jury transcript be made public?

Louisville Metro Police Sgt. Jonathan Mattingly, who was not indicted this week in the shooting death of Breonna Taylor, will file civil lawsuits against individuals who allegedly called him a "murderer."

Attorney Todd McMurtry told Fox News in a statement Friday that Mattingly is suing people he alleges "slandered him by calling him a ‘murderer.’”

Mattingly was one of multiple officers who served a no-knock warrant at 26-year-old Breonna Taylor's home during a botched drug investigation on March 13. State Attorney General Daniel Cameron said that the officers did knock and announce themselves before entering, but Taylor's boyfriend, Kenneth Walker, thought they were intruders and fired his gun at them, hitting Mattingly in the leg.

The officers fired at least 30 shots, shooting Taylor, an emergency medical technician, six times and killing her. No drugs were found at the scene. Only former LMPD officer Brett Hankison was indicted in the case. He was charged with three counts of wanton endangerment for shooting his gun into a neighbor's home where a family was sleeping, but not in the shooting death of Taylor.

BREONNA TAYLOR'S MOTHER: GRAND JURY DECISION SHOWS WHY I HAVE 'NO FAITH IN THE LEGAL SYSTEM'

McMurtry posted a 44-second video on Twitter Thursday of Mattingly after he was shot by Walker. The footage appears to show Mattingly being put in the back of a vehicle before being taken to a hospital to be treated for his injuries.

"They called him a 'murderer,' when all he did was defend himself," McMurtry tweeted.

He also tweeted Wednesday that "anyone who called these honorable men 'murderers' needs to retract and apologize immediately."

McMurtry hinted at lawsuits as early as June, telling The Courier-Journal in an email then that "to accuse an innocent person of a crime is inherently defamatory."

Mattingly sent an email to 1,000 of his colleagues this week, as first reported by Vice News, saying he knows police "did the legal, moral and ethical thing" the night of the shooting.

Officers Myles Cosgrove and Mattingly are both still on the police force, but on leave. A federal investigation is ongoing.

McMurtry describes himself as an attorney "committed to fighting for the underdogs who are doxxed, defamed and harassed by the Left."

He represents former Covington Catholic High School student Nick Sandmann in his lawsuits against media outlets for their botched coverage of a viral confrontation with a Native American elder last year. They settled with The Washington Post and CNN earlier this year for undisclosed amounts earlier this year.