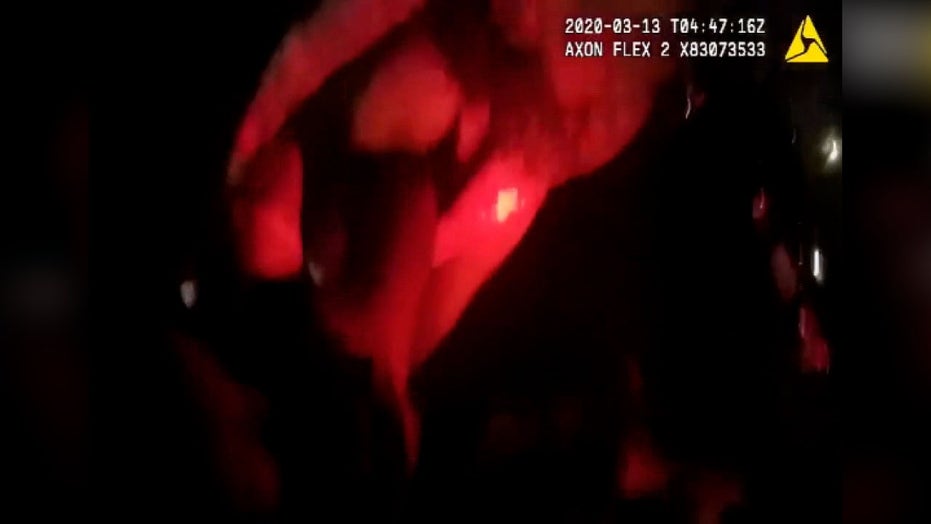 New video has emerged of Sgt. Jonathan Mattingly being hit by gunfire while responding to Breonna Taylor's apartment.

A new video has emerged purportedly showing the tense moments after Louisville Police Sgt. Jonathan Mattingly was struck by gunfire while responding to Breonna Taylor’s apartment on the night she was killed.

In the bodycam footage – which attorney Todd McMurtry tells Fox News he received from Mattingly – an officer is heard repeatedly yelling “put him on the trunk” while colleagues purportedly escorted Mattingly away from the scene of the shooting for medical attention. Mattingly reportedly said a bullet struck his femoral artery and he later had to undergo surgery.

“They called him a ‘murderer,’ when all he did was defend himself,” McMurtry said in a tweet accompanying the video.

In a separate statement to Fox News, McMurtry said he represents “John in his affirmative claims against people who slandered him by calling him a ‘murderer.’”

Police in the video can also be heard saying “grab under his arms” and “cover him, let's go” as they move the wounded officer. “Go a little faster,” one then says.

The footage of Mattingly began after officers applied a tourniquet to his injured leg, according to news WAVE3.

As of Friday, Mattingly remains on leave following the death of Taylor on March 13. Interim Police Chief Robert Schroeder did not reveal Thursday during a virtual news briefing when Mattingly would report back to work.

Breonna Taylor, 26, died after officers initiated what was reported to be a no-knock warrant on her apartment during a drug investigation. They fired 20 rounds into the home, striking Taylor eight times. Authorities said they opened fire after Taylor's boyfriend, Kenneth Walker, started shooting at them.

Walker claims he shot at the officers in self-defense after they failed to announce they were law enforcement and attempted murder charges against him were eventually dropped.

A federal investigation into Taylor's death is ongoing. Mattingly was not indicted this week by a Jefferson County grand jury for his involvement in Taylor’s death.