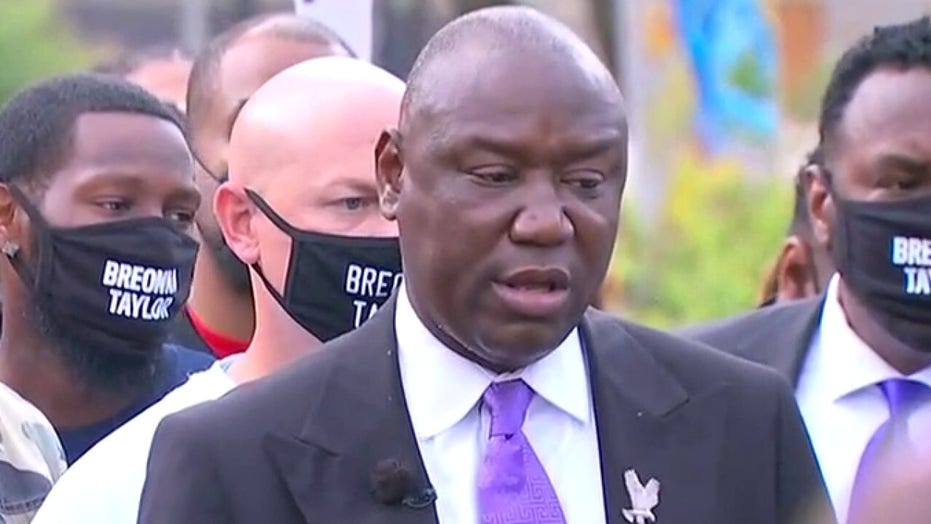 Attorney Ben Crump: Release the grand jury transcript so we can have transparency

Breonna Taylor’s mother says the grand jury decision announced this week in the case of her daughter’s death shows why she has “no faith in the legal system, in the police and the laws that are not made to protect us Black and Brown people.”

Tamika Palmer made the remark in a statement read on her behalf by Taylor's aunt, Bianca Austin, in Louisville on Friday alongside family members and attorneys.

“I never had faith in Daniel Cameron to begin with,” Palmer said, referring to the Kentucky attorney general who revealed the grand jury’s findings Wednesday. “I knew he was too inexperienced to deal with a job of this caliber. I knew he had already chosen to be on the wrong side of the law the moment he wanted a grand jury to make a decision.”

“What he had helped me realize is that it will always be ‘us against them’. That we are never safe when it comes to them,” Palmer’s statement continued, describing how Sgt. Jonathan Mattingly – one of the Louisville officers involved in the police response that led to Taylor’s death – sent an email to colleagues this week in which “[he] called us... ‘thugs’.”

“It’s clear that that is the way they will always see us,” she said.

Palmer mentioned she was “reassured Wednesday of why I have no faith in the legal system, in the police and the laws that are not made to protect us Black and Brown people.”

Palmer concluded her statement by saying “the system as a whole has failed her” and that the world has been robbed of a “queen”.

Tamika Palmer, the mother of Breonna Taylor, center, listens to a news conference, in Louisville, Ky., on Friday. (AP)

Palmer also said she hopes people never have to know the pain of their child being murdered 196 days in a row, referencing March 13 when Taylor died.

After Austin finished reading the statement, she turned to Palmer and said, “I am so sorry you have to go through this. So sorry. It’s unacceptable.

“But your family has got your back – we are not going nowhere until freedom has your back,” Austin said.

Palmer later could be seen wiping tears away from her eyes.

Attorney Ben Crump, the attorney for Taylor's family, said at the news conference that the family is “declaring and demanding” Cameron release the transcripts of the grand jury proceedings that led to the indictment of only one of the three officers involved in her death. 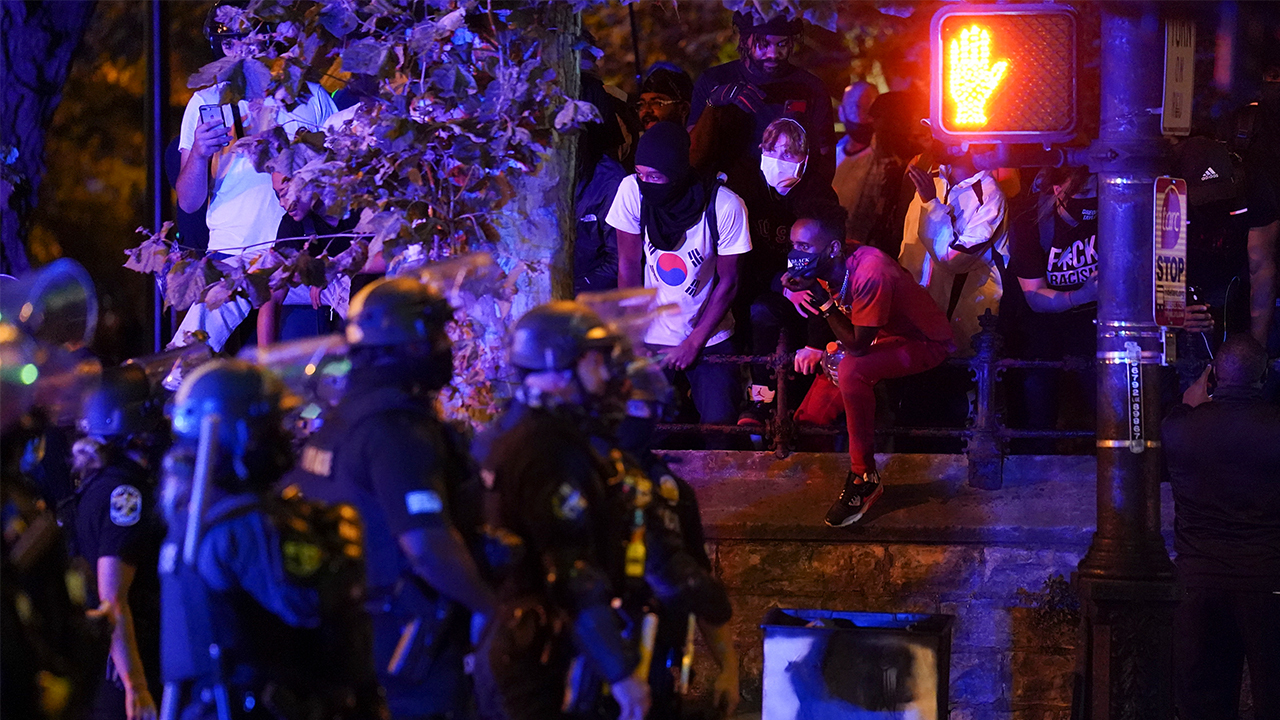 “Tamika Palmer and her entire family... is heartbroken, devastated and outraged, confused and bewildered just like all of us as to what the Kentucky Attorney General Daniel Cameron [presented] to the grand jury,” Crump said. “Did he present any evidence on Breonna Taylor’s behalf or did he make a unilateral decision to put his thumb on the scales of justice to help try to exonerate and justify the killing of Breonna Taylor by these police officers and in doing so, make sure that Breonna Taylor’s family never got their day in court, never got their chance for due process and in essence, denied them justice?

“That is why we are standing here today united in solidarity, declaring and demanding that he release the transcripts of the grand jury proceedings so we can know if there was anybody giving a voice to Breonna Taylor,” he added.

A spokesperson for the attorney general told Fox News that Cameron is "committed to doing everything he can to ensure the integrity of the prosecution."

"Attorney General Cameron understands that the family of Ms. Breonna Taylor is in an incredible amount of pain and anguish, and he also understands that the outcome of the Grand Jury proceedings was not what they had hoped. Regarding today’s statements at the press conference, everyone is entitled to their opinion, but prosecutors and Grand Jury members are bound by the facts and by the law," Elizabeth Kuhn told Fox News in a statement.

Taylor, 26, died after officers initiated a no-knock warrant on her apartment during a drug investigation. They fired 20 rounds into the home, striking Taylor eight times. Authorities said they opened fire after Taylor's boyfriend, Kenneth Walker, started shooting at them.

Cameron said Wednesday that the police officers knocked and announced themselves before breaching the door to Taylor's apartment. A federal investigation into Taylor's death is ongoing.