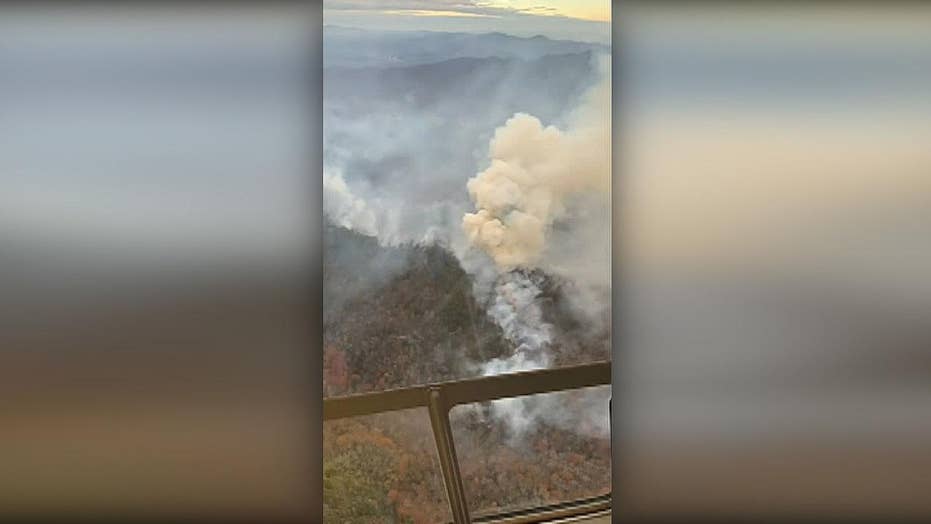 North Carolina's famed Cold Mountain is burning despite the rain

U.S. Forest Service officials say that a wildfire continues to burn at the iconic mountain despite rain in the area.

A wildfire on North Carolina’s iconic Cold Mountain – famously featured as the setting of a popular novel and award-winning movie of the same name – has continued to spread despite drenching rains over the weekend, officials said.

Two inches of rain on Saturday didn’t stop the blaze, which covered 200 acres when the North Carolina division of the U.S. Forest Service wrote its update Sunday on Facebook.

The fire was first reported on Thursday at 3 a.m. in the Shining Rock Wilderness area in Pisgah National Forest, and as many as 30 firefighters have worked to contain the fire since then, officials said.

Forest Service officials haven’t released details on what might have caused the fire or where it started. Firefighters have remained on the scene to monitor the conditions, officials said.

The Shining Rock Wilderness area, along with its 53 miles of trails, has remained closed due to the fire, the forest service said.

The mountain was featured in Charles Frazier’s best-selling book “Cold Mountain,” which tells the story of a Confederate soldier’s journey through western North Carolina to reunite with the woman he loves. The book was later adapted into a 2003 movie starring Jude Law, Nicole Kidman and Renee Zellweger, who won an Oscar for best supporting actress.

Many of the movie’s scenes, however, were actually shot in Romania, according to Romantic Asheville.

The mountain, which rises 6,030 feet, is located in Haywood County about 35 miles southwest of the city of Asheville.