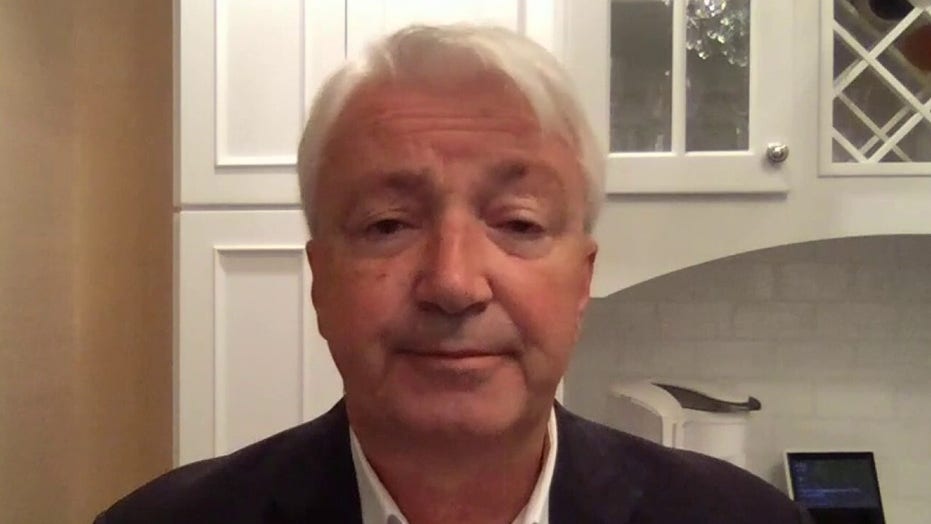 Some members of the task force will meet daily as part of the renewed commitment to investigating the unsolved killings of female sex workers whose skeletal remains were found along a highway on Long Island. Remains of a man and toddler were also found.

"As I said on Day One as police commissioner, I believe this case is solvable and identifying the person or people responsible for these murders is a top priority," Harrison said in a statement.

"The families of the victims discovered in areas around Gilgo Beach deserve answers and to see their loved ones’ killer, or killers, face justice," Michael J. Driscoll, assistant director in charge of the FBI in New York, said in a statement Tuesday. "We will support this task force with the tools it needs to hopefully bring the investigation of these murders to a successful conclusion."

Authorities initially came to Gilgo Beach searching for Gilbert, a 23-year-old missing New Jersey sex worker. She had been visiting a client in Oak Beach, Long Island, in May 2010 when she placed a frantic 911 call saying somebody was trying to kill her.

Months later, a police officer and his cadaver dog were looking for her body in the thicket along nearby Ocean Parkway when they happened upon the remains of a different woman. Within days, three other bodies were found, all within a short walk of one another. They were dubbed the "Gilgo Four."

Waterman was the youngest victim among the first four bodies found swathed in burlap about 500 feet apart in December 2010. The 22-year-old was last seen alive on June 6, 2010, leaving a Holiday Inn Express in Hauppauge, New York. She was a mother and died when her daughter was 3.

In 2020, on the 10-year anniversary of the discovery of the first victims, Waterman’s daughter, Lily, said she wishes she could tell her mom she loves her but unfortunately knows "I can’t bring her back."

Counter-clockwise from left: Amber Lynn Costello, 27, Maureen Brainard-Barnes, 25, Megan Waterman, 22 and Melissa Barthelemy, 24, disappeared after meeting with a client on Craigslist. The remains of the women were found in December 2010 at Gilgo Beach on Long Island.

"I never got to really say those words," Lily Waterman told CBS’ "48 Hours."

Maureen Brainard-Barnes, 25, was working as an escort in New York City when she went missing in June 2007. Melissa Barthelemy, 24, vanished in July 2009. In the weeks after she went missing, Barthelemy’s 15-year-old sister was terrorized by threatening phone calls from a man believed to be Melissa’s killer.

Amber Costello, 27, went missing in September 2010. Her roommate, Dave Schaller, recalled to "48 Hours" that she was "an amazing person." She was last seen leaving her Long Island apartment to meet a client.

Police later found the skull of Taylor, a 20-year-old prostitute whose torso was found in a wooded area of Manorville shortly after she disappeared in 2003. Body parts found near Gilgo Beach were also linked to another corpse found in Manorville in 2000. That female victim was eventually identified in 2020 as Mack.

Gilbert’s body was found in December 2011, about 3 miles east of where the other 10 sets were discovered. Her cause of death is undetermined, and police aren’t convinced she died by homicide, Newsday reported.

Gilbert’s family attorney has long argued that former Suffolk County Police Commissioner James Burke worked to keep the FBI away from initial investigations in order to cover up his alleged drug-fueled partying with sex workers in the nearby neighborhood.

Burke has denied those allegations. In 2016, he was sentenced to 46 months in prison after pleading guilty to beating Christopher Loeb, an admitted heroin addict who broke into his police SUV outside his house and stole a duffel bag containing sex toys, cigars and a pornographic DVD, the New York Times reported.

In 2021, Thomas Spota, Suffolk County’s top prosecutor, and his aide Christopher McPartland, were also sentenced in a plot to hide evidence about the beating and protect the embattled former police chief.

"You don’t appoint the head of the investigation of murders of prostitutes a man who seeks inordinate pleasures with prostitutes himself," Gilbert family attorney, John Ray, told Fox News Digital Thursday. "When you do that, his mental state, his moral condition -- which was nill -- dominated the police department and that’s what caused so much of the delay and poor work that was done at the time."

Ray told Fox News Digital his theory remains that a group of killers are responsible and specifically that, Dr. Peter Hackett, a former Oak Beach resident who previously served as head of the Suffolk County Emergency Medical Services, should be held accountable for Gilbert’s death.

CBS News previously reported that Gilbert’s mother claimed Hackett called her to say he spotted Shannan and had taken her into his home the morning she disappeared. Hackett later said he spoke with the family only to offer support and denied ever treating Gilbert and was never charged.

Ray praised the new police commissioner for pulling in new people and tapping experts from other department with clear minds free of the "pollution that pervaded Suffolk County authorities for years."

"Shannan's family is pleased, and therefore, quite optimistic that this new development will essentially move the pieces down the board to where we end up getting the killers arrested," Ray said.

Mack, a Philadelphia-based prostitute, was the latest to be identified in 2020 through advanced DNA technology under the leadership of former Suffolk County Police Commissioner Geraldine Hart. At a press conference, Hart showed a photograph with the initials on a belt, showing either an HM or WH, depending on the angle, an item she said was handled by the suspect and did not belong to the victims.